<![CDATA[ <p style="text-align: justify;">As part of the Festival of Life Newcastle 2015, a Public Seminar and Health Fair focusing on Internet Safety was held on Thursday 10 September 2015 in the Newcastle Centre. 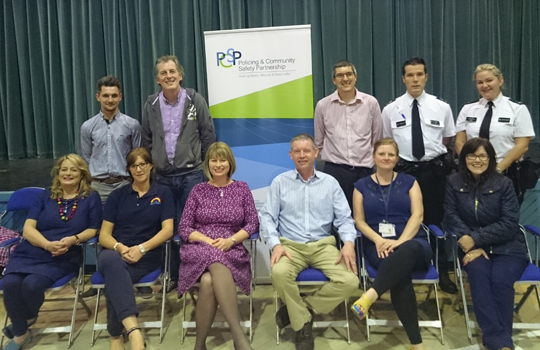 The Seminar focused on the impact social media has on the modern family and highlighted the dangers lurking on the internet. Thought provoking and sometimes disturbing presentations on the power of the internet and impact it can have on people’s lives were made by Sgt Kenny Gracey and Constable Lisa Stevenson from the PSNI. Steve McNeill from the South Eastern Health and Social Care Trust provided an overview of the various apps currently being used by our young people highlighting their dangers and encouraged parents to get to know their way around cyber space.

Conscious that at some stage every family has to deal with distress/stress the event also highlighted the key services to help in these times of crisis. Maria McMurrough and Emma O’Neill from Down SureStart outlined their Parenting Programmes designed to enhance parenting skills. Karen Otley (SEHSCT) advised of the support services available from the Down Sector Family Support Hub. Ailish and Manus Teague from the ‘Pop Up Art’ creative rehabilitation programme presented on their project aimed at assisting those recovering from addiction with personal accounts of their experience within the project being recounted by Malachy Kennedy and Janet Smith.

The evening ended with a question and answer session chaired by Councillor Mickey Larkin, Chairperson of Newry, Mourne and Down PCSP. Throughout the event a number of information stands from various support agencies both statutory and voluntary were available to those who attended.

Councillor Larkin in his closing remarks thanked everyone who had contributed to the success of the seminar and stated “Tonight’s event was designed to help increase knowledge of suicide prevention, support services available, increase numbers seeking help and to build capacity within the community to support others in crisis. Following tonight’s excellent event I feel these objectives have been achieved. I hope that anyone experiencing stress/distress will now feel they have a variety of support services available to them and will have the strength to take that first step in asking for help.”