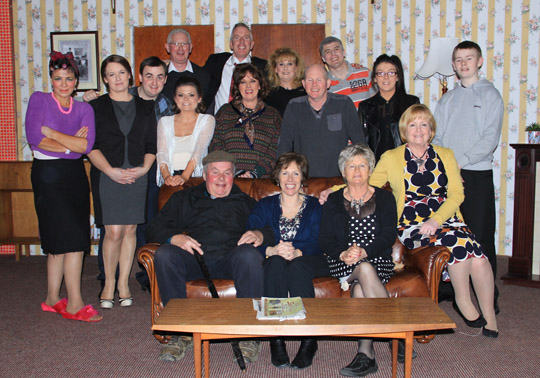 The various teams are about to start the playing season over the course of the next few weeks.  First up is the Under-14’s who travel to Dromara on Monday 7 April and then the Seniors open up their ACFL Division 2 campaign away to An Riocht in Dunavil on Friday 11 April.  Following that, the Reserves open up their EDRFL campaign with a home tie against Kilcoo on Sunday 13 April.  Check out the fixtures section of the club website at www.stjohnsgaa.com for up to date details of upcoming fixtures. 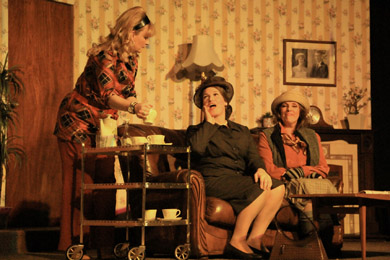 Last Friday and Saturday night saw the St John’s Drama Group host the play Separate Beds and credit must go to the cast and crew for putting on 2 superb shows with a wonderful turnout on both nights.  Thanks for your support.  Hopefully it will not be too long before they are back on stage with their next production.

Note for the diary that the John McMullan Memorial Sevens will be hosted at Pairc Naomh Eoin on Saturday 3 May. 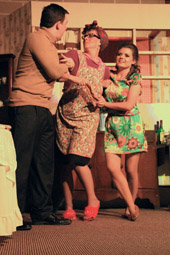 One of our Strictly dancers, Bronski, is taking to the roads and taking part in the Greater Manchester Marathon on 6 April 2014.  He will be running the marathon in aid of Action Cancer, the club’s charity of the year so anyone who would like to sponsor Bronski get in touch with him, Cormac McMullan or Club Secretary Kevin McGlynn.

The Action Cancer Big Bus will be coming to our club on Saturday 21 June.  Services provided by the Big Bus include digital breast screening, health promotion and health checks for men and women.  Action Cancer will also be at the club on Tuesday 1 July to carry out men’s MOT health checks.

We will be running Defibrillator training on Thursday 10 April at 7.00pm.  If anyone wishes to attend please contact Kevin McGlynn on 078 3596 0804 secretary.stjohns.down@gaa.ie

The next Poker Night will be held in the clubrooms on Friday 11 April 2014.

Keep up to date with everything relating to St John’s via the club website at:

Down GAA Are On Song With A Tommy Sands Number