<![CDATA[ <p style="text-align: justify;">St. Columba’s College, Portaferry, is celebrating after is has achieved a first in Northern Ireland.

The school has become the first post-primary school in Northern Ireland to achieve the UNICEF Level 2 Rights Respecting School Award. 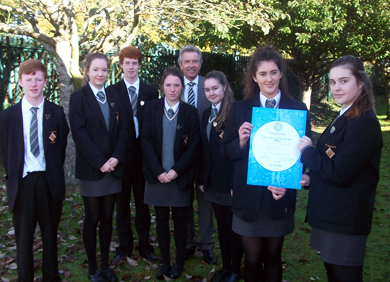 The UNICEF UK Rights Respecting School Award (RRSA) is based on principles of equality, dignity, respect, non-discrimination and participation. The RRSA seeks to put the UN Convention on the Rights of the Child at the heart of a school’s ethos and culture to improve well-being and develop every child’s talents and abilities to their full potential.

October 26, 2020
We use cookies to ensure that we give you the best experience on our website. If you continue to use this site we will assume that you are happy with it.Ok