<![CDATA[ <p style="text-align: justify;">A shocking £2.4 million worth of medical time and resources have been potentially lost in the South Eastern HSC Trust in the past year because people did not attend their appointments.

A hospital spokesman said that in 2012/13, a total of 24,090 outpatients failed to turn up, which is a 10% Did Not Attend rate.  The Trust has launched a campaign urging the public to keep their appointments. 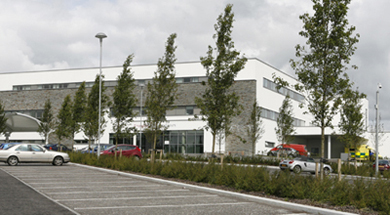 The South Eastern HSC Trust is concerned at the high level of missed hospital appointments.[/caption]

The campaign titled “We can’t treat, if we don’t meet” and the poster, featuring one of the Trust’s Consultants sitting alone in his consulting room, can be seen on buses over the next few weeks.

The message will be reinforced in leaflets and on social media platforms, with the hashtag :#attendyourappointment

While the Trust accepts that there can be many reasons why patients fail to attend their appointments, the most common reason is that they simply forget. So from April 2014, a SMS text message service will be used to remind patients of their appointments.

The Trust treats over 218,000 outpatients a year. Outpatient appointments are booked on the basis of clinical priority and the urgency of the individual patient’s condition. New referrals are assessed by the clinical teams and appointments are allocated on this basis.

If patients wish to change, cancel, or have any queries in relation to their outpatients appointments, the Trust would urge them to phone the number listed on their appointment letter.