<![CDATA[ <p style="text-align: justify;">YOUNG skateboarders in Newcastle are at a loss following the sudden closure of The Belfry, an indoor skateboard centre located on the Main Street in the town. Opened over six years ago, the venue proved to be popular in Newcastle providing a safe place for youngsters to hang out. 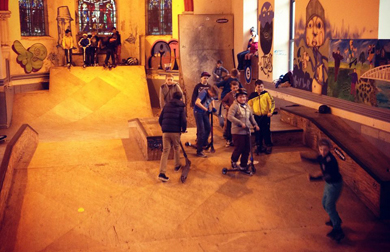 The Belfry in Newcastle is closed after the management committee handed back the keys of the property to the priests in the parish who oversee the property.[/caption]

In its last weeks before closure, The Belfry had in fact been very busy with significant numbers of young people attending through the  winter evenings and weekends. And now the skateboarders are locked out of their space and are confused as to what is happening… and why?

Down News spoke to one parent  Karen Richman from Newcastle whose four boys had all used the skate park. She said: “This is very sad. The children in Newcastle are now extremely frustrated. They turned up one day and the door was locked. This was an excellent place for young people to chill out safely. It was open seven nights a week and even catered for birthday paries. Many people in Newcastle were very glad to see their children go to The Belfry for fear of them hanging around street corners and getting onto trouble.

“The activities were always quite organised. There were two age groups, one for younger children and one for the older ones. It seems that the management committee have simply backed off altogether from taking part in it. Over the years The Belfry has been a very successful initiative for young people and has been well run.

“A few single parent families had in fact to leave the children there the odd night when they were working. It was the only way for some of they to make ends meet. Quite a few of the young users’ parents would have been on benefits. 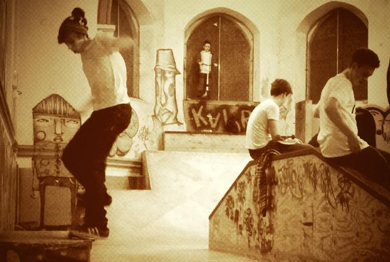 Efforts are being made to get The Belfry re-opened.[/caption]

“I’m sure the Neighbourhood Police in Newcastle will be concerned that it is now closed as it certainly played its part in keeping down anti-social behaviour.

“To say the children are devastated would be an understatement. It was a centre of fun and has a cross-community ethos. Now there is support coming from across Northern Ireland to get The Belfry open once again.

“I think the main issue was that the management committee of Newcastle Regeneration Association has a difference of opinion with the Maghera parish who own the building and they handed back the keys to the property. This project was all about the community.”

In speaking to a member of the former management group that looked after The Belfry, it appears that the relationship between The Belfry management group and the local clergy broke down leading to the closure. The management group are remaining tight lipped about the situation but Down News understands that they had been very involved in The Belfry for a number of years as hard-pressed  volunteers and one issue became the straw that broke the camel’s back causing the whole committee to withdraw.

One of the former organisers, Shane McClelland, said that: “The Newcastle Regeneration group had another thirteen years on the lease for the property. I had worked there as one of the volunteer helpers for a year and understood the running of it well. I would like to see it back up and operating as soon as possible. This would mean re-setting the lease with the parish and creating a new management group. There is a lot of interest in getting The Belfry opened up again in the interest of the local youth.”

Whatever was at the heart of the sudden withdrawal by the management committee, the Newcastle Regeberation Association decided very quickly to pull out of the project. The issue was fundamentally a breakdown in the relationship of landlord and tenant. Down News understands that the parish had also at one stage reviewed the terms of the lease and that was one issue which has caused the breakdown in communications.

It remains now for the parish priests in Newcastle to consider the offer of a new group to manage the skatepark, and already approaches have been made. The situation is quite fluid at the moment and local children are hoping that they will once more be allowed into The Belfry to enjoy their skatepark.

The Belfry is a former church building but it is not a listed building as such, and the parish could possibly dispose of the building as an option now on the open market if a lease is not offered to another management group.