A boxing day attack at a house in Saintfield has left the community in a state of fear.

Strangford MP Jim Shannon has condemned the latest beating and vicious attacks at Queens Park in Saintfield and said: “This is the third attack in the last eight weeks and the viciousness of the attack which involved the use of a hatchet and an iron bar is deplorable. The intentions were obvious, to main and injure, or worse. 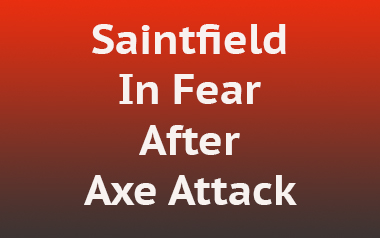 “I have written to police and will be meeting them next week to discuss these matters. There is currently a level of fear in Saintfield and a need for the PSNI to remain in control of the situation in Queen’s Park.

“They must restore law and order to the area, and those in the gang of three with balaclavas and weapons must be removed off the streets of the Saintfield area.”

A police spokesman said that anyone who was witness to the incident or has any information can call the police non-emergency number on 101 (or phone the independent, anonymous Crimestoppers number on 0800 555 111  quoting the police crime number: 86/ 27/ 12/18.

The spokesman added that the attack occurred in the early hours of the morning and left a man with an injury to his head. It is understood that the injury was not serious.

Police believe a dark coloured Renault Clio with R plates may have been involved in this incident and would like to speak to any witnesses who saw one in the vicinity of the incident early in the morning on Boxing Day.

Rowallene DUP Councillor Billy Walker also condemned the attacked saying: “This really has to stop. We cannot have attacks on-going in our communities such as this. It is completely unacceptable that anyone should be attacked in this manner by an axe and an iron bar.

“If this continues someone may well lose their life and it is imperative that the police take quick and effective action to stamp this out once and for all.

“I will be speaking to the police this week on this matter along with our Strangford MP Jim Shannon.”