<![CDATA[ <p style="text-align: justify;">UK Independence Party (UKIP) Down District representative, Alan Lewis has made a stinging attack on republicans following the death of Nelson Mandela and expressed his disappointment that a South African flag has been placed above a Kilcoo monument to “Irish Republican terrorists.”

Alan Lewis said: “I understand the flying of the South African flag from this illegal terrorist monument is meant to honour the memory of Nelson Mandela. As a leader in the struggle against apartheid, Nelson Mandela spent much of his life campaigning against a repressive regime, devoid of democracy. By contrast, Irish Republican terrorists waged war on democracy, as they sought to impose the grotesque ideologies of a few, upon the many. 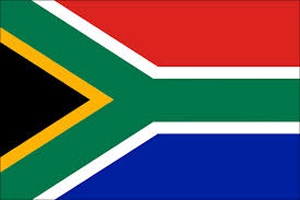 UKIP has attacked the flying of a South African flag at a republican Hungerstrike memorial in Kilcoo.[/caption]

“The difference between the struggle against apartheid and Irish Republican terrorism, is like the difference between night and day. Republicans must not be allowed to sully the memory of one of South Africans most significant political figures. I make the point Mandela’s struggle was unique to South Africa and cannot and should not be compared to the vile acts of terrorism which went on in Northern Ireland.

“It is also worth noting certain political representatives jump at the chance to call for the removal of Union flags… where is their condemnation now?”

He added: “Roads Service, Planning Services, the NIHE and Down District  Council must ensure illegal republican monuments in Castlewellen and Kilcoo are removed as they are an affront to democracy and an insult to the ordinary decent law abiding community within those areas.”

Responding to Alan Lewis’s comments, Sinn Féin Newcastle area Councillor Willie Clarke said: “The Kilcoo community have every right to mark the death of Nelson Mandela by erecting a South African flag in the village, and indeed towns and cities across the north, including Belfast, have marked the occasion also in a similar fashion.

“The fact that this was erected by local republicans in the vicinity of a monument commemorating republican hungerstrikers is simply another indication of the affinity that the republican movement in Ireland and the ANC have with each other.

“For Mr.Lewis to claim that it is an insult to the memory of Madiba is simply not true. Indeed Mandela wrote in his prison diary about the hungerstrikers and anti-apartheid prisoners led by Nelson Mandela have said they were directly inspired by the events of 1981 in leading a Hungerstrike in 1990… the code word among prisoners for their operation being ‘Bobby Sands’.

“Mr.Lewis’s attempt to rewrite history and distance Nelson Mandela from the republican movement here is the true insult to his memory and totally against what he believed in,”  added Cllr Willie Clarke.

Rogan Says PPE Must Be Available To Front Line Staff