<![CDATA[ <p style="text-align: justify;">South Down MLA Séan Rogers MLA has expressed his concern and called on the South East Health and Social Care Trust for a full explanation of how the two passenger lifts at the Downe Hospital were inoperable on Monday.

Mr Rogers added: “This caused a major inconvenience for those attending the two large GP surgeries and for patients and visitors who could only access the main wards by using the stairs. Many of our older generation and those with certain disabilities depend on the lifts to be fully functional in order to access services.

“I am also seeking reassurances from the Trust that all conceivable steps are taken to ensure that the reoccurrence of such an event is minimised and both the Hospital and GP services are accessible to everyone.”

A spokesperson for the South Eastern HSC Trust said: “Both lifts in the Downe Hospital malfunctioned yesterday (Monday). However, the lift supplier responded within four hours, as he is contracted to do, and both lifts were running again yesterday.” 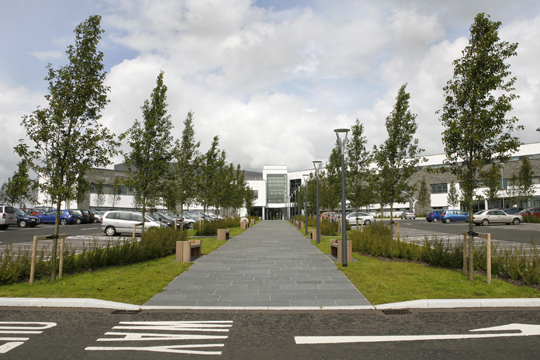 Séan Rogers MLA is concerned at two lifts being out of order at the Downe Hospital.[/caption]]]>