Speaking after the Health Minister’s statement in the Assembly today (18 march), Ms Ritchie said efforts to date to recruit A&E doctors “have clearly not proved successful”. 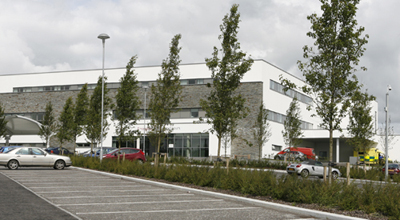 The row over the supply of middle grade doctors for the Downe A&E continues. [/caption]

Ms Ritchie said: “The Health Minister has reiterated what we have known to be the problem for some time now – the shortage of middle grade doctors and the impact this has had on our local A&E service at the Downe Hospital.

“It has been a considerable time since this situation reached crisis point, and the Trust – without notice or consultation – withdrew weekend A&E cover at the Downe Hospital. The community is rightly sceptical that within this time no appointments of middle grade doctors have been secured for the Downe Hospital.

“We are told the recruitment search is far reaching, however, the Trust has failed to secure the appropriate appointments and we are still waiting for the return of weekend A&E cover.

“I will be meeting with the Chief Executive of the South Eastern HSC Trust and seeking a further meeting with the Minister. We need an affirmative action programme in place that addresses the recruitment of doctors involving the inter-Trust rotation system as well as the provision of incentives, as what we have had to date has clearly not proved successful.

“Both the Minister and the Trust are going to have to employ different methods regarding recruitment if middle grade doctors are to be found.”