<![CDATA[ <p style="text-align: justify;">South Down MP Margaret Ritchie has called on the Irish Government to show more support for the implementation of the Narrow Water Bridge. 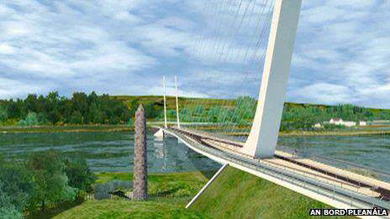 South Down MP Margaret Ritchie is calling for more commitment from the ROI government over Narrow Water Bridge.[/caption]

Speaking after the publication of the Capital Investment Plan, Ms Ritchie MP said: “I note that the Irish Government has today outlined a number of proposals to invest in the infrastructure of the north, and while I give it a guarded welcome there must be more than only a ‘commitment to the concept’ of a project as crucial to the local economy as the Narrow Water bridge project.

“I would like this to be a concrete plan taken forward by both the Irish Government and Northern Ireland Executive with a dedicated budget. It is necessary to return to the drawing board for the design of the project, its construction and implementation. “This is a vital project, ensuring easy accessibility for people in South Down into Louth and the Cooley Peninsula and vice versa. It would be good for local business as well as providing an important stimulus for the tourism economy. “If we are to move from welfare to work, the two governments must realise that the north needs support in order to create jobs for people. I welcome the recognition from the Irish Government that targeted investment in cross border economic infrastructure is key to the growth of the entire island and urge them to commit fully to that principle. “