<![CDATA[ <p style="text-align: justify;" align="center">A critical nuclear environmental issue facing future generations around the coast of County Down and around the Irish Sea and beyond has been highlighted by South Down MP Margaret Ritchie (SDLP).

She said she is shocked by the contents of an Environment Agency report which indicates that the UK’s Cumbria Nuclear Waste dump is virtually certain to be eroded by rising sea levels in years to come due to global warming. 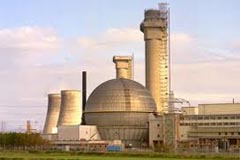 Ms Ritchie said: “This situation is totally unacceptable and should never have been allowed to happen by the UK Nuclear regulatory authorities. For some time now I have called on the British Government to take action to protect coastal communities in Britain and Ireland from unplanned discharges of toxic waste from these facilities. To date their response has been hugely disappointing.

“This report from the Environment Agency confirms our fears. The Cumbrian Nuclear Waste dump will be affected, in a devastating way, by climate change through the impact of flooding and rising sea levels. The report admits that it is only a matter of time before the site is compromised and begins leaking radioactive material. Whether that happens in a few hundred years or a few thousand years is immaterial. We have a responsibility to safeguard future generations from the dangers that we’ve created.

“This site already contains 1 million cubic metres of radioactive waste. And I understand that the Environment Agency is considering plans to dump a further 800,000 cubic metres of radioactive waste there over the next 10 years. Given that Sellafield was constructed on a geological fault line and that Drigg site is now recognised to be at risk from flooding, it is hugely irresponsible to continue to dump there.

“I will continue to pursue the British Government to ensure that coastal communities in South Down are protected and insulated from the toxic radioactive waste at these sites,” added  Ms Ritchie.