<![CDATA[ <p style="text-align: justify;" align="center">SOUTH Down MP Margaret Ritchie has called for urgent talks between the Minister of Health in England and the North’s Health Minister, Edwin Poots.

During Health Questions in the House of Commons today, Ms Ritchie said: “We are facing a crisis in A&E services and the Northern Ireland Health Minister must take positive action to safeguard and protect such services. 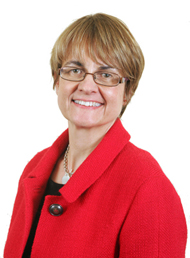 “The lack of urgency was confirmed by the UK Secretary of State in response to my question today, revealing there have been no talks between the Northern Ireland Minister and the UK government, and that there has been no request for such talks from Mr Poots.

“I also warned that the closure of weekend A&E services at the Downe Hospital would not only cause problems for the people of South Down, but would place a further burden on already squeezed services in other places and, unfortunately, that is exactly what has happened.

“This is a local crisis set against the background of a shortfall of A&E doctors and services across the NHS. Our local minister needs to work with the authorities in the UK to find a sustainable solution. The incident at the Royal Victoria Hospital in Belfast is not a problem that can be wished away as a ‘one-off’ and it is clear that no attention was given to November’s report by the College of Emergency Medicine that warned of these problems in advance.

“Patients and Practitioners deserve better and I will be continuing my efforts to raise this matter in Westminster and with local authorities to ensure this is handled with the urgency required,”  added Ms Ritchie.