<![CDATA[ <p style="text-align: justify;">This Sunday is Remembrance Sunday and a number of Acts of Remembrance will be taking place across the Ards and North Down Borough.

Mayor of Ards and North Down, Alderman Alan Graham said: “We in the Ards and North Down Borough have a long history of supporting our armed forces, both veterans and in-service personnel. Remembrance Sunday prompts us to reflect on the sacrifice made by our veterans.” 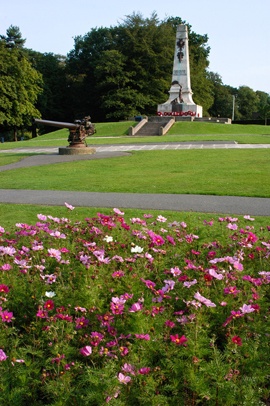 Details of arrangements for Remembrance Day services on Sunday 8 November 2015 include:

Bangor The wreath laying ceremony takes place at the War Memorial in Ward Park at 10.40am, followed by a church service at Hamilton Road Methodist Church.

Comber Parade to the War Memorial in The Square at 10am, for the wreath laying ceremony. This will be followed by a church service at Second Presbyterian Church, Killinchy Street.

Donaghadee The parade to the War Memorial (junction of Shore Street and Union Street) for the wreath laying ceremony leaves the Royal British Legion on Moat Street at 10.30am. The parade will then proceed to High Street Presbyterian Church for an inter-denominational Service of Remembrance, taking the salute en-route to the Church.

Holywood The wreath laying ceremony at the War Memorial in Redburn Square at 11.00am will be followed by a church service at St Phillips and St James Parish Church, Church Road, Holywood.

Newtownards The parade to the Cenotaph on Court Square leaves Old Cross Street car park at 10.00am for the wreath laying ceremony at 10.20am. The parade will then continue on to First Newtownards Presbyterian Church for the Remembrance service at 11.30am.

Millisle Parade from the Royal British Legion, Churchhill Avenue to the War Memorial for a short Act of Remembrance at 11.00am. The parade will then proceed to Millisle and Ballycopeland Presbyterian Church, for the service at 11.30am.

Ballyhalbert Wreath laying at the War Memorial at 3pm

Ballywalter Wreath laying at the War Memorial at 11am

Cloughey Act of Remembrance at the Children’s Somme Garden at 8am.