<![CDATA[The Portaferry Lifeboat was called out this evening (Wednesday 24 June) to the aid of two men in Strangford Narrows on Strangford Lough, County Down. [caption id="attachment_41010" align="alignleft" width="340"]<a href="http://www.downnews.co.uk/wp-content/uploads/2013/07/Portaferry-RNLI-Bluepeter-V.jpg"> 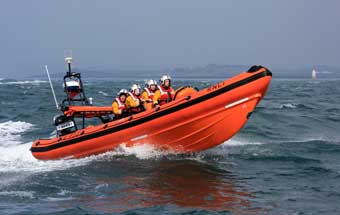 The Portaferry Blue Peter 5 Atlantic 85 class rescue RIB in action.[/caption] The call was received at 7.08pm and the volunteer lifeboat crew were on the water promptly at 7.13pm. The two men were in a 5-metre motor boat which had lost power and was drifting in the area known as the Strangford Narrows, a stretch of fast moving water which runs between the towns of Portaferry and Strangford and experiences extremely fast tidal flows. It was a clear evening with good visibility and calm seas, which allowed the RNLI volunteers to arrive on the scene in a matter of minutes. A line was then attached to the broken down motor vessel and the two men were towed a short distance to safety into Strangford.]]>

October 28, 2020
We use cookies to ensure that we give you the best experience on our website. If you continue to use this site we will assume that you are happy with it.Ok