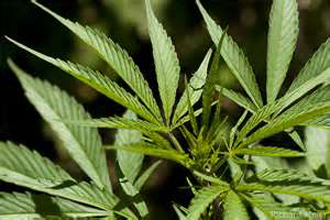 Cannibis worth around £20,000 was seized by the police in Newcastle.[/caption] Police have discovered cannabis with a value of approximately £20,000 following a search in Newcastle town centre yesterday afternoon (Thursday 28 February).

The discovery was made by police carrying out enquires following an incident at a house in the area at approximately 1pm.
Three males, aged 17, 21 and 44 were arrested in connection with the incident.
All three were subsequently released on police bail pending further enquiries.The 21-year old male has been charged with assault on police and is expected to appear before Downpatrick Magistrates Court later this month.
As is normal procedure all charges will be reviewed by the PPS.
Sinn Féin MLA Chris Hazzard has congratulated the PSNI on another major drugs haul in South Down. He said: “I would like to congratulate the PSNI on removing £20,000 worth of cannabis from circulation after the major find in Newcastle. “As we all know drugs are a source of misery in our community and this removal will undoubtedly help combat that danger. “I would urge people to work with the PSNI to help eradicate the scourge of drugs as only by working together can we achieve that.”
]]>