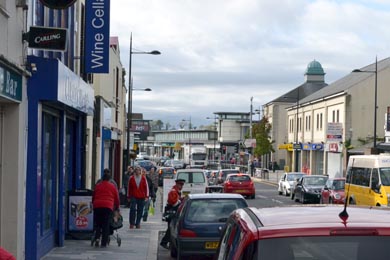 A 5-year old child has been involved in a hit and run accident in Downpatrick.(Photo by Kieran Cross)[/caption]

The child had just exited a car and was crossing Market Street at around 7.20pm on Tuesday 22 October when he was struck by the wing mirror of a silver hatchback car. He was knocked onto the road and sustained cuts and bruises for which he was subsequently treated in hospital.

The driver of the hatchback did not stop at the scene and continued in the direction of Ballydugan Road.

Police are keen to identify the driver of the car and are appealing for that person and any other witnesses to contact them.

Officers would also like to hear from the driver of an ASDA lorry that had stopped to allow the child to cross the road.