<![CDATA[ <p style="text-align: justify;">Celtic-styled knotwork has been found in 100-year-old stencils at Portaferry Presbyterian Church, during work to transform it into a new arts and heritage centre called ‘Portico’. 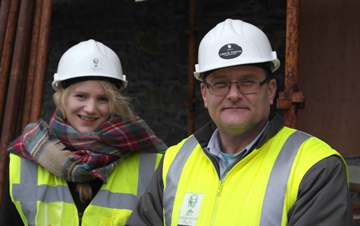 The decorative feature – a 19th century ‘nod’ to an ancient past – was uncovered by paint researchers this week. The discovery sparked excitement around the site, while builders were busy renovating the Greek-style structure.

“We’re the first people to see this decorative scheme in living memory,” said 23-year-old student conservator Phillipa McDonnell. “This modest touch of an old art form would have been typical of that age. Rejecting more modern approaches that were coming through, artists and designers often looked to medieval times for inspiration. “

Phillipa was taking paint samples with research fellow Paul Crof who is no stranger to Northern Ireland, having previously undertaken a research exercise on the World War I battleship HMS Caroline at Alexandra Dock, Belfast. 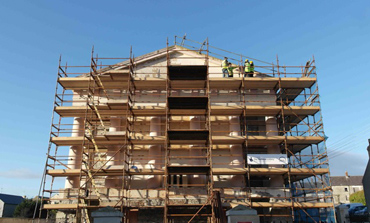 The Portico heritage centre in Portferry undergoing an extensive refurbishment.[/caption]

Floral spray patterns were uncovered just below ceiling level on the Portaferry building. They also discovered that the main body of the church would’ve been painted in darkish shades at the time of its construction in the mid 19th century.

The two ‘paint archaeologists’ are based at Lincoln University and have taken nearly 70 paint samples from the Portaferry church to examine in detail. They can help tell a building’s story by examining several layers of paint from just a tiny centimetre-square sample. “Our work helps bring the past to life,” Paul explained. ‘It gives you a sense of how people really did live.’

Their involvement is part of a £1 million Heritage Lottery-funded project to transform the church building into a multi-purpose venue, particularly as an arts and heritage centre that will inspire all ages through its varied programme of events.

Ian McDonnell, Chair of The Friends of Portaferry Presbyterian Church, said: “This is a really exciting part of the restoration phase for the building as we begin to piece together just what the building would have looked like in 1841 when it was opened.” 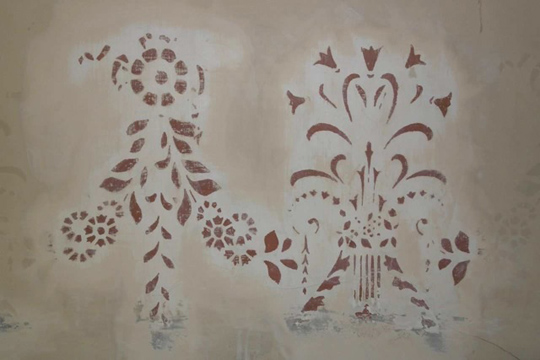 A recently uncovered stencil in the Portico centre in Portaferry.[/caption]]]>

Devlin Says Join The Mourne Wall Party In The Park