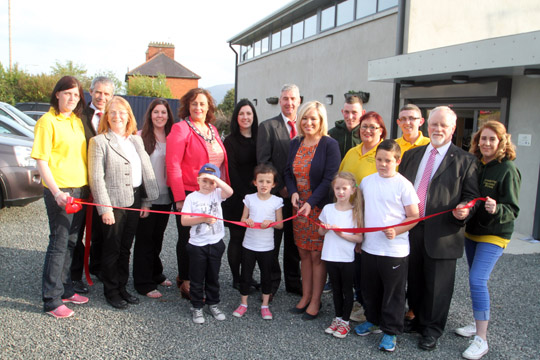 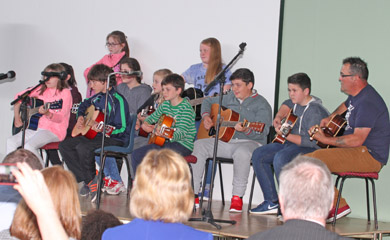 Children from Annsborough show off their skills on the guitar.[/caption]

Addressing members of the community at the opening last night, Minister O’Neill said: “I congratulate Annsborough Community Forum on completion of this very impressive project.

“The funding of £100,000 from my Department’s Rural Development Programme, delivered through Down Rural Area Partnership Local Action Group and Joint Council Committee, has been an important resource in bringing this project to fruition. 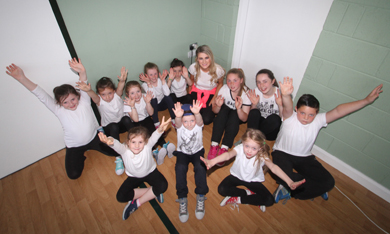 Dancers from Annsborough with their coach Caoimhe Kelly ready to peform for DARD Minister Michelle O’Neill.[/caption]

“This project demonstrates what the RDP is all about, allowing local people in rural areas to make local decisions which will improve lifestyles and services for their local community, and I am delighted that you have been able to avail of this funding opportunity.”

Commenting on the progress of the new Rural Development Programme the Minister stated that she anticipated approval from the European Commission later this year.

She said: “I intend to ensure that the new Rural Development Programme will build on the many successes of the current Programme which is drawing to a close, and will continue to provide support to the development and success of rural communities and businesses, becoming the catalyst and inspiration for rural dwellers to become proactive in bringing their ideas to fruition.

“I look forward to the realisation of many more projects in the coming years under the next Rural Development Programme.”

Margaret Ritchie welcomes the official opening of Annsborough Community Hall – a resource for all in the local area Margaret Ritchie MP has welcomed the new facility at Annsborough and said: “I was delighted and proud last week to attend the official opening of Annsborough Community Hall. This is an important and vital resource for the vibrant local community that exists in Annsborough – a resource developed through the initiative of the local community for the local community in the village of Annsborough. “This new community facility will be able to accommodate many activities for young people, families, other individuals and senior citizens. At the official opening we witnessed a sample of the excellent local musical and dancing talent from many of the young people under the direction of well known acclaimed local singer, Andrea Rice from Drumaness. “This new Community Hall which was promoted by the hard working volunteers in Annsborough Community Forum was funded through Down Rural Area Partnership under the Rural Development Programme with match funding from the former Down District Council, the Northern Ireland Housing Executive and the Ulster Wildlife Trust Landfill Communities Fund. “I hope that Annsborough Community Hall will be fully used by all within the village and environs. Congratulations and commendations to all those involved with this initiative including the funders, designers, architects and builders as well as local volunteers. I hope that the Forum will now be able, if they so wish, to explore other projects in the local area for the benefit of the community in Annsborough”.

South Down MLA Seán Rogers who attended the opening of the newly built Annsborough Community Building, said: “The people of Annsborough should rightfully be very proud of this significant achievement. The many local people who stepped forward to play a role in making this community building a reality have served their community well and generations to come will benefit from their efforts, for this they must be congratulated.” 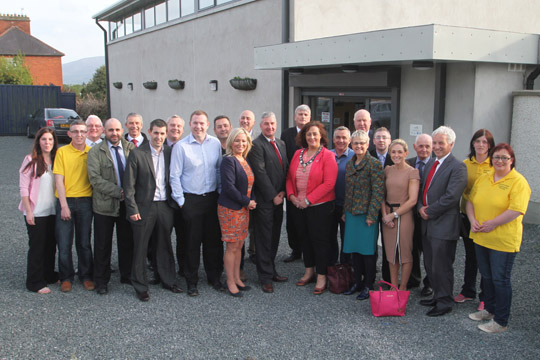