Re – NSPCC concerned about absence of administration of devolved government at Stormont.

As the political stalemate in Stormont continues, the young people of Northern Ireland continue to be among those bearing the brunt of the ongoing deadlock.

Only last month, the Royal College of Paediatrics and Child Health warned in a report that the mental health of children and young people continued to be in crisis and that childhood obesity continued to worsen because of the lack of political progress. 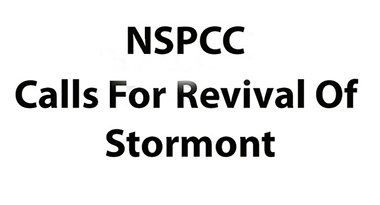 Alongside these issues, the planned Suicide Prevention Strategy, Adoption and Children Bill and the Looked after Children regulations have also stalled.

Crucially, there has been significant delay on the Northern Ireland e-strategy which was due to have been published in 2016 and which was designed  to play an important role in keeping children safe online.

This has never been more important –  in 2017/18, the PSNI recorded 82 offences of Sexual Communication with a Child, and we continue to see an alarming rise of abuse on the internet, including social media platforms such as Facebook being used by groomers to sexually exploit and harass children.

The NSPCC is running our #WildWestWeb campaign which is calling for a mandatory code to regulate social networks to prevent the grooming of children online, but we cannot get set to take on this challenge in Northern Ireland without a Stormont government in place to fight for our children.

At the NSPCC, we have heard directly from Northern Ireland’s children about the ways that all of the above issues have a direct impact on their lives. Last year (2017/18) our Childline service carried out 5,174 counselling sessions with children from Northern Ireland and some of the most frequent problems discussed included mental and emotional health, bullying and suicidal thoughts and feelings.

We need our  politicians to work together to  prioritise child protection. Those who would harm children won’t wait to target them, so we can’t afford to waste further time preventing progress on measures that will help keep them safe.

September 17, 2020
We use cookies to ensure that we give you the best experience on our website. If you continue to use this site we will assume that you are happy with it.Ok