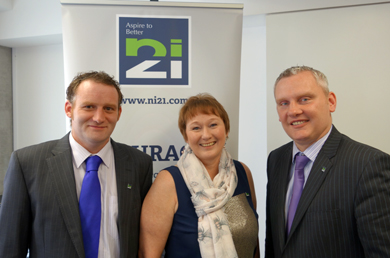 Ms Holden said: “For the past seven years I have spent a great deal of time dealing with and resolving hundreds of complex planning issues. My in-depth understanding of NI’s planning policy statements means I am ideally placed to help everyone in Mourne.

“Planning is complex and there can often be a lot at stake for those involved. NI21 is calling for a clear and rigorous code of conduct for Councillors when it comes to making planning decisions. It is vital that people have confidence in their local representatives and the planning process.

“Mourne has so much going for it, but it could be even better and these improvements must start at local level.

“NI21 is committed to an executive style council model – meaning members of the executive cannot sit on any scrutiny committee – this will enhance accountability and remove any conflicts of interest.

“NI21 also wants to ensure that scrutiny committees can demand that a Council responds to its reports quickly, increasing efficiency and public accountability concerning important decisions on local level.”