<![CDATA[ <p style="text-align: justify;">Northern Ireland greenhouse gas emissions decrease by over 5% between 2010 and 2011

The latest emission figures in the Greenhouse Gas Inventories for England, Scotland, Wales and Northern Ireland, 1990-2011, have been published today (7 June 2013). Northern Ireland’s 2011 emissions are estimated at 19,827 kilotonnes of carbon dioxide equivalent. This represents a decrease of over 5% compared to 2010. This is mainly due to a large reduction in burning oil use in the residential and business sectors after the exceptionally cold weather in 2010, and a reduction in emissions from coal consumption at power stations. The 2011 emission levels also show a longer term decrease of over 17% since the base year, 1990. [caption id="attachment_39697" align="alignright" width="300"] 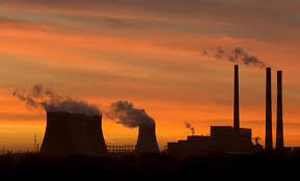