<![CDATA[ <p style="text-align: justify;">THE Newcastle Arts Festival is now in its third year and it is growing from strength to strength.

This year’s programme is even more ambitious and it was launched at O’Hare’s Bar in Newcastle past Friday evening and will run from the Thursday 15 t0 Sunday 18 August. 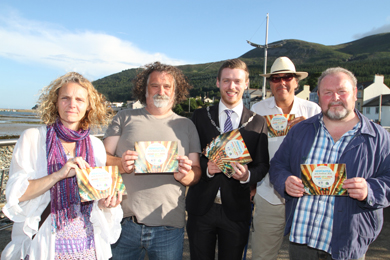 The initiative is driven by local arts and music enthusiasts. Petsy Burns of the organising festival committee said: “This festival is driven by local people. It’s year on success is a tribute to the hard work of our volunteers who once again have produced a varied and eclectic mix of events for all the family. This festival just continues to grow and attract interest in Newcastle and from people further afield.

“Among the key events this year is the screening in association with Newcastle Community Cinema of the highly acclaimed Good Vibrations film. There will be appearances on the night from Terri Hooley, David Holmes and directors Lisa Barros D’Sa and Glynn Leyburn.

“For the kids and the family there’s the Wizard of Oz event, another collaboration with Newcastle Community Cinema. New to this year’s festival is the Spirit of Percy French – a multi-discipline element which takes a contemporary approach to the man and will culminate in an awards ceremony and concert by the award winning Colum Sands.

“There is such a wealth of diversity in this year’s programme and we are grateful for financial support from the Ni Arts Council Lottery and Down District Council. With Translink also on board this year we are reaching a far wider audience and are confident that Newcastle will be firmly placed on the festival map. Check out our full programme on the new festival website,” said Petsy Burns.

Also speaking at the launch, Down District Council Vice Chairman Councillor Gareth Sharvin said: “The Newcastle Arts festival is another example of the support and success the Community Festival Scheme is delivering for local organisations and groups and organisations across Down District.

“The Newcastle Arts festival provides entertainment for all the family and this includes a mix of music, poetry, drama, dance, comedy, street performance, art exhibitions, children’s events, workshops and crafts.

“The festival provides another boost to the local economy and enhances the tourism appeal for the Newcastle area and certainly adds to the existing summer programme for Newcastle.  And it is a great platform for budding local talent. It gives me great please to open this festival for 2013.”