<![CDATA[ <div style="text-align: justify;">TWO of Northern Ireland’s hottest theatrical talents have come together to stage a new “laugh-out-loud” romantic comedy at the Lyric Theatre which began rehearsals this week.

Star of stage and screen Conleth Hill (The Shore, Salmon Fishing in the Yemen) makes his directorial debut at the Lyric with the theatre’s first Playwright-in-Residence David Ireland’s new play.

Can’t Forget About You tells the hilarious story of a young Belfast man who falls for a Glaswegian widow twice his age. While it is a case of sex at first sight, the unlikely couple find themselves falling in love. 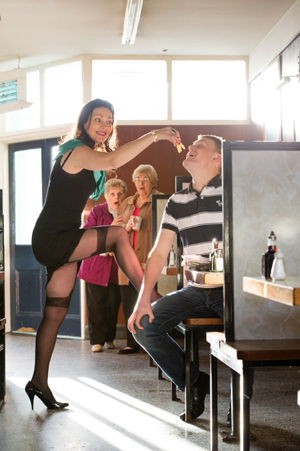 Can’t Forget About You – sexy rom-com at the Lyric.[/caption]

The relationship between Stevie, played by Declan Rodgers (Ashes to Ashes) and Martha, played by Karen Dunbar, one of Scotland’s best-known comedy actors, is complicated further by the young man’s relatives. Stevie’s conservative Christian mother and his ultra-unionist, Ulster-Scots-speaking sister work hard to break the pair up and so the comedy touches on deeper themes of sectarianism and cultural identity.

The mainly female cast includes Carol Moore, fresh from an acclaimed run as one of the witches in Macbeth at the Lyric, Abi McGibbon (Planet Belfast) and Naomi Rocke (The Vagina Monologues).

Conleth Hill, who hails originally from Ballycastle, has enjoyed a very successful career on stage and screen including an acclaimed run in the original Lyric production of Stones in his Pockets which went on to conquer the West End and Broadway. He had further success last year starring in the Northern Ireland Short Film, The Shore which won an Oscar. Conleth said he is now looking forward to directing his first play at the Lyric.

“I’m very happy with the first gathering of cast and creatives at the Lyric,” he said. “We have old and new faces working together brilliantly already.”

Playwright David Ireland from Belfast said: “We’ve had a great start today on Can’t Forget About Yourehearsals. We have a brilliant cast and a lot of laughs. I can’t wait to see it up and running.”

Lyric Artistic Director, Richard Croxford said: “We are really looking forward to this collaboration between two major talents – David Ireland and Conleth Hill. David was our first Playwright-in-Residence at the new theatre and this new commission was a large part of David’s residency with us. 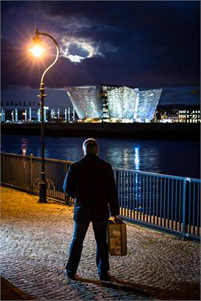 Love, Billy will be showing in the Lyric,[/caption]

“The Lyric Theatre has a hugely important role to fulfil in nurturing new writing and acting talent. David has created a genuinely funny play which had a very successful public reading last year. In the hands of Conleth Hill and with a superb cast we expect Can’t Forget About You to be an extremely popular show. Having just heard the first read through at the start of rehearsals I can promise audiences a sensational evening at the theatre with this laugh-out-loud romantic comedy.”

Damian Smyth, Head of Drama and Literature, Arts Council of Northern Ireland, said: “The Lyric provides an outstanding cultural programme and this pairing of Conleth Hill, one of our most highly-regarded actors making his directorial debut, with a new play from the brilliant David Ireland, is set to be yet another landmark production for the theatre.”