<![CDATA[ <p style="text-align: justify;">NI21 MLA for South Down John McCallister has pledged his support for the dementia friendly communities programme which focuses on improving the inclusion and quality of life for people with dementia.

He said:  “Here in South Down we have a large ageing population and I would like to see a dementia friendly community – one that is more inclusive of people with dementia, and improve their ability to remain independent and have choice and control over their lives.

“A great deal of work has already been done, and it is acknowledged that realising dementia friendly communities will take a number of years.” 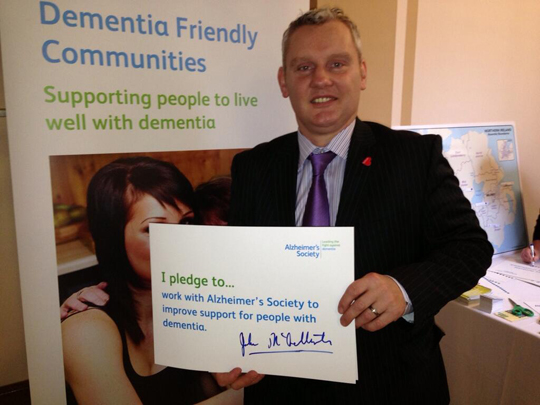