<![CDATA[ <p style="text-align: justify;">Belfast-born pianist Michael McHale will perform a varied programme of music from his Irish Piano Tour at Down Arts Centre on Friday 23 May at 8pm.

Michael McHale has established himself as one of the leading Irish pianists of his generation.  He has developed a busy international career as a solo recitalist, concerto soloist and chamber musician, performing in the Lincoln Center, New York; Konzerthaus, Berlin; Tanglewood Festival, and for TV and radio broadcasts throughout Europe, Asia, North and South America. 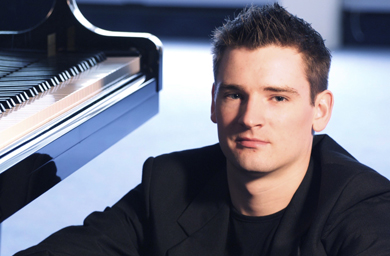 Michael McHale will be performing in the Down Arts Centre.[/caption]

Michael was born in Belfast, Northern Ireland in 1983. His interest in music began at the age of seven when he started learning the piano, soon followed by cello lessons at the City of Belfast School of Music. A varied education took Michael from Belfast to Dublin, Cambridge and ultimately London.

His performing career encompasses solo recital, concerto and chamber music appearances and he enjoys playing both core and contemporary repertoire.

The programme of varied and beautiful piano repertoire to be played at Down Arts Centre will include works from Michael McHale’s début solo album, ‘The Irish Piano’, including Traditional Irish Airs arranged for piano by Michael, along with works by Mozart, Chopin, Barber and Bax.

‘The Irish Piano’ has been featured on national radio worldwide. Critic Norman Lebrecht described it as “scintillating…fascinating from start to stop”, whilst Gramophone praised “the singing sensibility of McHale’s sensitive and polished pianism”.