The event was opened by Councillor Micky Larkin, Chairperson PCSP after which eight teams were despatched to find and return 10 different items widely available locally. Thankfully the weather was kind and participants enjoyed their search in the evening sunshine. The winning team won two Eclipse Cinema passes.

To replace the energy expended the event was rounded off with a very BBQ where the hot dogs and burgers disappeared in record time.

At the conclusion of the event Councillor Larkin said, “I have been impressed to learn that the Youth Club was established as a result of a PCSP Action Plan just last year and commend those volunteers I have met tonight on their dedication and excellent work to date.” 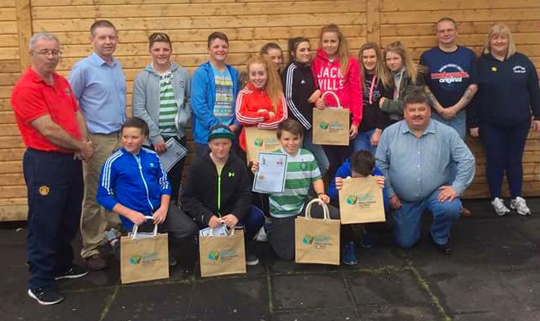 The Scavenger Hunt group in KIll;yleagh.[/caption]]]>