<![CDATA[ <p style="text-align: justify;">ARDGLASS residents are angry after a week of having their water supply switched off and on for periods without warning and water damage being caused to a number of homes.

One home owner alone has experienced what he described as a “nightmare” when he woke up in the early hours on Tuesday morning  to find his home literally under threat from bursting water pipes.

The problem seemed to start last Monday evening (24 June) when the supply dried up in the upper end of the village around the top of Hill Street, Kildare Street High Street and up into the Ward and Meadowcourt areas. Homes too on the Green Road and Cedar Grove were affected. 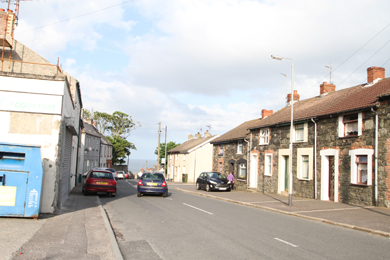 Ardglass residents are concerned about the state of the water supply in the upper areas of the village after a number of homes have experienced severe water damage and burst pipes.[/caption]

A considerable catalogue of water damage has ensued when the water supply did come back again in the early hours of Tuesday morning.

The unusually very strong water pressure appears to have caused damage to a number of homes. Down News spoke to a number of local residents who have faced various degrees of flooding and water issues. Most did not wish to be named so below is a indication of what has happened but there are probably a few more homes affected by this problem.

Down News contacted Northern Ireland Water on Tuesday 25 June and a spokesperson said on 27 June: ‘‘NI Water has been carrying out necessary work in the Ardglass area which has led to a slight increase to the water pressure supplied to our customers. This increased water pressure is at a level that should not cause any problems to internal water pipes and fittings and is well below industry maximum standards.

“NI Water would encourage anyone with a complaint to register  with “Waterline” on 08457 44 00 88  and their complaint will be investigated.

“It is anticipated that this work will be completed within the next week. NI Water apologises for any inconvenience this work may have caused to our customers.’’

A local resident spoke to NI Water and they said that after speaking to NI Water last week no-one had complained so they were not fully aware of the size of this issue.

The Extent of the Problem

1. Down News talked to a wide range of residents and, while respecting their privacy, have said extensive damage to their homes has occurred.  One new bungalow in the lower Meadow Court area had experienced an e wide array of problems. The home owner said: “I had a water pressure test done by a plumber and it appears it was clearly through the  roof above an acceptable level. The damage in my home runs to possibly £40,000 if not more. Our system had a hot and cold  pressurised water water. It is all being assessed by insurers at the moment.

“Pipes in walls and under floors started to leak and we even had a shower unit in an en suite bedroom toilet literally blown of the wall with the extreme water pressure.  I have two new water and oil heaters costing around a £1000 each and they are destroyed.  My whole house is now like a building site as repair work is ongoing. It will take a couple of months to get all of this back to normal.

“I have removed four skips of building rubbish etc and filled eight small trailers also such is the scale of the damage. It is just unbelievable. Fortunately I have have a had a squad of excellent builders and a plumber on the job who worked night and day to to get this situation under control.

“NI Water still has not explained what has happened. I have a young family and we have had to work through these difficulties in our new bungalow.

“My insurance company is looking after this and I expect they will counter sue NI Water for the damages.”

2. One resident in Kildare  Street had a leak in her roofspace which flooded her home. Furniture was said to be floating in her living room reported one neighbour and water gushed out from below her front door. There is considerable damage done to her home . Walls, floors and ceilings are damaged and carpets and furniture ruined.

3. A home in Meadowcourt also had a roofspace water tank problem when a pipe fitting broke under increased water pressure when water ran through a bedroom ceiling and through a fitted wardrobe onto a bedroom wooden floor and soaking clothes and shoes. The ceiling in the kitchen below is now stained brown and the roofpsace insulation has been removed as it was sodden along with some other items. Damage is extensive.

4. The water boiler of a 90-year old man started ‘to bubble’ and had to have spare parts fitted by a heating engineer at his own expense costing almost £100.

5. One resident went to make a cup of tea at 2.30am and when he turned the cold water tap on water burst out gushing from the sink over the kitchen walls such was the pressure. This was reported in several other homes. Another said you could not at one stage use the tap as “it would have blown the cup out of your hand”.

6. A young family in Hill Street were faced with an dilemma when the water from their water tank ended up leaking through the living room ceiling staining it considerable with brown patches. The water ran through the light and smoke detector fittings and the tenant said he was afraid of wires shorting in the roofspace and causing a fire.

He said: “I collected eight buckets of water pouring through the ceiling below my living room light switch in the early hours of the morning. There are water stains on his walls and the living room carpet was soaked. It is just a mess.”

7.  At King’s Castle Nursing Home a resident’s toilet leaked, there was a leak in the laundry causing a mess, and a general problem with no water supply. A manager said that this was quite a significant matter affecting the residents and had not heard from NI Water at any stage over the past few days while this had been ongoing.

“Bottled water had been brought in to help meet the  residents’ needs while the supply had been cut off at times.

Ritchie urges Ardglass Residents to Submit Claims  Immediately From NI Water The SouthDown MP Margaret Ritchie has expressed her concern about the situation in Ardglass and said:  “I have spoken some of the residents affected by the high water pressure in Ardglass last week. In many cases appliance have been damaged and in the worse cases homes have been flooded. “NI Water has indicated in these cases that a claim should be submitted and in response to my representations have sent out claims assessors to homes where damage has been caused. I have received assurances from NI Water that work is currently ongoing to ensure the high pressure fault does not reoccur. However , this will be little comfort to those who have experienced damage to their property. “I would urge those who have experienced damage to their property as a result of this high pressure fault to submit their claim to NI Water immediately and begin the process of recouping their losses.”

Local Ardglass Councillor Dermot Curran (SDLP) said: “I have spoken to a number of residents and they are distraught at the amount of damage caused. I have spoken too with NI Water and NI water is saying little at the moment although there does appear to be something happening with the water pressure after work was ongoing.

“Our MP Margaret Ritchie will be looking into this on Monday morning and asking NI Water what is happening to the water supply pressure. I visited one home today and was appalled at the damage done by the burst pipes. There is clearly something wrong and it needs addressed urgently.

“In the meantime I would urge anyone to keep all receipts for repairs and any costs associated with the difficulties that have arisen and even to take photographs of the damage to show their insurers. They should in the first instance contact their own home insurance companies but also contact NI Water and get a reference number from them to show they have logged in their complaint.”

“It is just devastating for home owners to have experienced this sort of thing and NI Water must explain why this has happened. At the moment they are siting on the fence. When the water suppy went off at no time have local residents been informed  by NI Water to my knowledge. We need answers as to what has happened. It is an unusual set of circumstances. Many people have been affected by this problem, and some very significantly.”

Down News will ask NI Water for an update on Monday.

Councillor Eamonn Mac Con Midhe said that he has spoken to NI Water officials and said: “They have agreed that there was a problem with the water pressure. Work was being done to a reservoir  in the vicinity which is done every five years and this is likely to be the cause.

“Ni Water said that anyone with a problem to call them and get a claim pack and they will in due course send out someone to inspect your home.”

A spokesperson from NI Water said: ‘‘NI Water has been carrying out necessary work in the Ardglass area which has led to a slight increase to the water pressure supplied to our customers. This increased water pressure is at a level that should not cause any problems to internal water pipes and fittings and is well below industry maximum standards. “NI Water would encourage anyone with a complaint to register  with “Waterline” on 08457 44 00 88  and their complaint will be investigated. “It is anticipated that this work will be completed within the next week. NI Water apologises for any inconvenience this work may have caused to our customers. “NI Water can confirm staff have been dealing with a complex burst watermain near the Harbour area of Ardglass.  As a result some properties may have experienced an interruption to their water supply over the weekend and Monday 1 July 2013.  NI Water received 25 calls yesterday (Monday) in relation to no water issues in the area.  Investigations are on-going, repairs were carried out on 1 July 2013 which have reduced the impact on our customers. NI Water will be giving this incident the highest priority until all repairs are completed. “NI Water has a clear code of practise when informing the public in relation to planned interruptions to their water supply.  However, in the case of a burst watermain, it is impossible to give advance notice.  We can, however, assure our customers when a burst occurs we work as quickly as possible to carry out the necessary repairs.”]]>

NI Water Plans Revealed For Ards And North Down