<![CDATA[ <p style="text-align: justify;">THE Friends of Exploris have today (Friday 27 September) given their seal of approval expressing their thanks to Ards Borough Council for granting a deferral on the decision to close Exploris Aquarium for two months.

The decision signals a good day for Portaferry, Ards Borough Council, the marine environment and Northern Ireland as a whole.

The Friends of Exploris is a network of people working closely with Portaferry Regeneration, Portaferry Community Collective, Queens University Belfast and the private sector to provide a collective public voice for Exploris.

Friends spokesperson Cathie McKimm said: “We are delighted that the question of Exploris’ closure has been deferred for two months, but we are also aware that a substantial amount of work will now have to take place to secure its future once again and to develop management and funding proposals.” 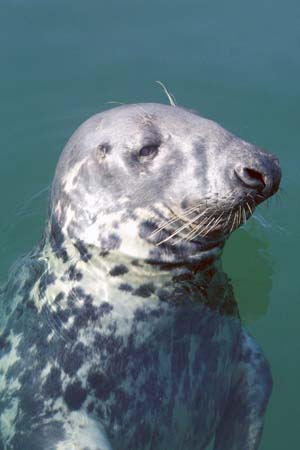 Seal of approval. The Portaferry Exploris closure would also have a significant impact on the welfare of local wildlife. (Photo by Jim Masson).[/caption]

Ms McKimm explained that different business models are being examined that will put Exploris back on the stage of  top quality international aquaria and visitor attractions, improve its financial performance and energise its staff. In line with the Council’s intentions, the group plan to approach central government not only for funding but also for recognition of Exploris’s contribution to tourism, education and conservation.

Now focussed on acceptable recovery solutions, the Friends of Exploris group are calling on Ards Borough Council to allow further discussion on alternative options and proposals and ask that they be allowed to present these plans and options to the Council at the end of the deferral period.

Ms McKimm added: “Ards Borough Council gave the aquarium two months reprieve on the basis that every day that passes costs the Borough’s rate payers money. We are grateful not only to the Council but also to the thousands of people across Northern Ireland who demonstrated their support this week. We would call upon them to continue to support us by visiting Exploris. The work to save Exploris has just begun.”

*   if closed now Exploris will still cost the Council £2.9m over the next five years as calculated by the Council’s management.