Standing orders were suspended at the full council meeting of Newry Mourne and Down District Council at Monday night’s session in the Downshire Civic Centre to discuss a subject all parties were deeply concerned about… the dumping of nuclear waste deep underground.

A company set up by the UK government, Radioactive Waste Management, has flagged up that across the UK, Northern Ireland is not an option for developing a nuclear disposal site. The main reason being that the NI Assembly has collapsed and is not likely to start up again in the near future.

The company has investigated sites across Northern Ireland and prepared a map of possible viable areas for primary geological investigation.

The Newry area was cited as being a potential site on account of its granite rock substrata.

However, while local councils control the planning departments, Radioactive Waste Management is faced with an uphill struggle, one exacerbated by the absence of an Assembly at Stormont.

Given that Newry Mourne and Down District Council have taken a lead in opposing underground nuclear waste disposal by passing a motion proposed by Councillor John Trainor, other councils may now follow and the Northern Ireland Local Government Association may too get involved. 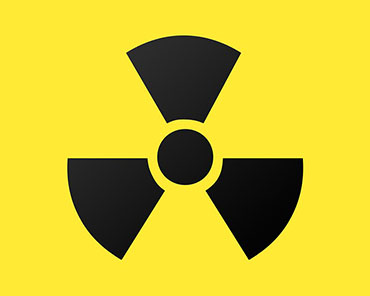 District Council does not and never will consent to the dumping of nuclear waste in this council area,  or anywhere in Northern Ireland. We should write to the other ten councils and seek their support and also write to the Minister and make our views known.

“There are potential risks in dumping nuclear waste deep underground anywhere in Northern Ireland and we don’t want this anywhere near our communities.

Sinn Féin Mourne’s Councillor Willie Clarke said: “Sinn Féin is opposed to underground dumping of nuclear waste anywhere on the island of Ireland and including our own back door in South Down.

“It is alarming too as we are not involved as politicians in any of the decision-making processes involved in the proposal except in the planning process which all councils now have a remit of.

“There is much anger, fear and outrage generated on account of this issue being raised recently.

“I understand that the nuclear authorities are promising local communities incentives and jobs if they will consider not opposing investigative underground research for suitable sites. We do not accept that nuclear waste be stored in working class communities and not stored in the south of England.

“An attempt was made to create a deep mine in Cumbria but that folded due to the local council there pulling out over issues of fault lines and rock formation etc.

“We are very much about promoting a healthy and safe and green environment and about doing the best for our communities.

“We understand that three areas in County Down have been mentioned in the report and Sinn Féin therefore totally opposes any consideration of creating nuclear dumps anywhere on the island of Ireland.”

DUP Slieve Croob Councillor Garth Craig said: “The DUP is not in favour of any form of dumping in the environment whether it be nuclear, chemical or otherwise.

“The South Down coast has been exposed to probable nuclear incidents over the past 60 years and there is a high incidence of cancers and in some areas motor neurone disease. I don’t know if this is linked to an increase in radioactivity, but there is a lot of outrage about this. It could lead to a contamination of the local population and we must be cautious.”

Slieve Croob Alliance Councillor Andy McMurray said he party fully supports the council’s actions in writing to the Minister for Business, Environment and Industrial Strategy “to communicate that we wholly oppose any future developments for our area to be used for Geological Disposal.

He added: “It is this Councils long standing policy that we are a Nuclear Free Authority. In conversation, on the back of this development, I contacted council officers regarding this policy.

“Through these communications it was confirmed to me that there are no proposals to change this policy. The Alliance Party oppose any such waste being disposed of in this district.

“What the report does highlight is the unique geology with which the Mournes and Gullion has to offer. This landscape should be treasured for those that live in it and for those who wish to come and see its splendour.”

Making a case for the safety of a Geological Disposal Facility