<![CDATA[ <p style="text-align: justify;">Down Arts Centre is recognised by performers and audiences alike as a great venue for live music, and the Centre  is delighted to kick off another fantastic season of music with a performance by Duke Special, supported by Derry/Londonderry-born singer, Soak, on Saturday 7 February at 8pm. 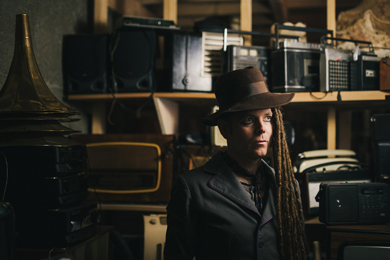 Duke Special will be performing at the Down Arts Centre.[/caption]

Those who know Duke Special for the platinum album, Songs from the Deep Forest, and the hit song Freewheel, may be surprised by the breadth of his work. His journey so far has seen him taking on projects as diverse as writing the theme tune for the Irish Sesame Street to writing the music for and appearing in Bertolt Brecht’s Mother Courage and Her Children at London’s National Theatre; from presenting a documentary on the life and times of 1950’s megastar Ruby Murray to being commissioned by the Metropolitan Museum of Art in New York to write a series of original songs for an exhibition; from performing with orchestras such as the Ulster and RTE Concert orchestras, to making the first recording of an unfinished musical by Kurt Weill, based on the novel Huckleberry Finn. Diverse indeed !

Duke Special has once again decided to work with Pledge Music to help fund and promote his new album. Audiences can look forward to hearing some of the new material for the first time during his current tour performances, as well as a selection of songs from his back catalogue.

Duke will be supported by SOAK, an experimental young folk singer-songwriter from Derry. SOAK has won widespread praise, and comparisons ranging from Laura Marling to Cat Power, for her textured tales of adolescence, family and friendship. Still just 18 years old, SOAK (aka Bridie Monds-Watson) has been performing in her home of Derry since the age of 14, where she’d split her time between studying, the local skate-park, and her burgeoning songwriting, touring in the school holidays, and launching Derry’s City of Culture hours before a GCSE exam.

In 2014 SOAK released the beautiful single ‘Blud’ and toured with the likes of George Ezra and Tegan & Sara. In the same summer that most of her friends got their A-Level results, SOAK signed an album deal with Rough Trade Records and aired the beautiful song, ‘B a noBody’.  Her forthcoming album will cement Bridie Monds-Watson’s ascent from a raw talent to a unique artistic voice for 2015.