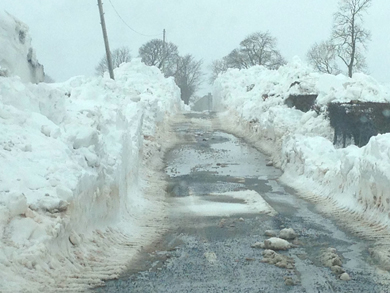 The Department would like to secure additional support to supplement the existing arrangements for emergency snow clearance. There are currently just over 80 individuals and contractors on the Emergency Snow Clearance contract.

Danny Kennedy said: “Heavy snowfalls such as those we experienced at the end of March, highlighted the essential role farmers, agricultural contractors and other plant operators played in helping to clear the roads for the public. Many people voluntarily helped out and their assistance was greatly appreciated. With their help, many roads blocked by snow were cleared and able to be used by the emergency services, utilities and the public.

“While it is impossible to predict what this winter will bring, we are very keen to bring in additional resources so that we can call for extra help if and when it is needed. Anyone who is interested and has snow clearing equipment should contact the Department to see if they meet the necessary criteria.”

Expressions of interest should be sent in writing, fax or email to the Divisional Roads offices.

The contract will initially be for one season from November 2013 to April 2014 but there is a possibility for it to be extended in one year increments up to a maximum of three years.