<![CDATA[ <p style="text-align: justify;">A railway wagon that was targeted by metal thieves a year ago last May at the  Downpatrick and County Down Railway has had to be cut up for scrap. [caption id="attachment_38788" align="alignleft" width="390"] 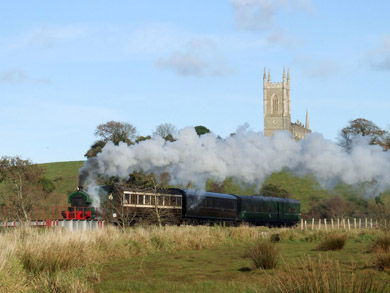 Downpatrick and County Down Railway continues to attract visitors – a testimony to its hard-working volunters who were shocked when buffers were stolen last year from a prized carriage.[/caption]

The wagon, which was used for moving track materials such as sleepers and  rails about the heritage railway’s line, had its buffers and coupling gear  cut off by thieves. This meant it could no longer be safely used to  connect with other vehicles as part of a train.

A spokesman for the DCDR said: “We hate to see anything cut up, but the  costs of fabricating new draw gear and buffers was simply too expensive to  justify. Thieves don’t appreciate that you can’t simply go to the  buffer store and get new ones.

“  The wagon was a former passenger carriage built for the Northern Counties Railway which operated the Larne and Derry/Londonderry railway lines  before the body was scrapped decades ago. The metal under-frame was later used to  transport track materials all over the Northern Ireland railway network  before being moved to the Downpatrick and County Down Railway. [caption id="attachment_38789" align="alignright" width="250"] 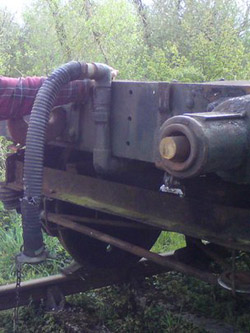 The carriage with the buffers removed.[/caption]

“We took the decision to recover as many  reusable items from the wagon which will go towards the restoration of  another passenger carriage currently under restoration, and cut our losses  with the rest of the wagon. To date no-one has ever been convicted or charged for the theft of the  buffers.”

Last May, the theft from the carriage included four train buffers and three coupling screws were later taken from a wagon at the Downpatrick and County Down Railway. An attempt was also made to rip steel cabling from a steam crane.

Police believe a lorry and cutting machinery were used in the robbery. The theft was discovered after a volunteer spotted people wearing high-visibility clothing at a section of track not being worked on. Local scrap metal dealers have been asked to look out for people trying to sell items which look like they may have come from a railway.

Police have appealed for information about the theft.