<![CDATA[ <p style="text-align: justify;">The work of charitable organisations and their supporters from across the Down District Council area will be honoured at the Chairman’s Awards 2014.

Down District Council Chairman, Councillor Maria McCarthy launched the awards competition this week and said,: “It is a great pleasure to announce the 2014 Chairman’s Annual Awards open for nominations. This year’s event seeks to recognise and celebrate the work of our local charities, and is our way of saying ‘thank you’ to all those who make a valuable contribution to the lives of people in our community. 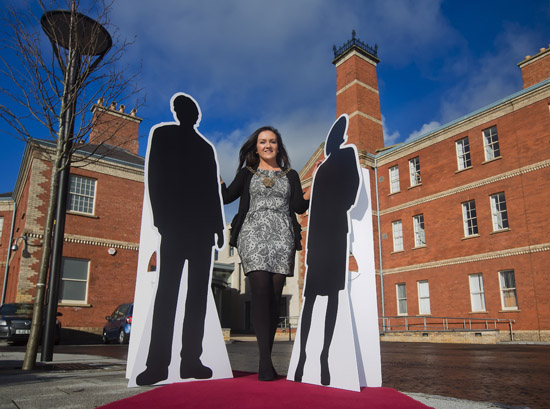 “The 2014 Chairman’s Awards will see individuals and charities being honoured for their achievements and dedication.  My initiative to honour the hard work undertaken by the charity sector seeks to identify examples of best practice and highlight the work of Down district based charities which demonstrate a high level of excellence in what they achieve.

“Charitable work can take on various forms and benefits many individuals, families, organisations and projects.  I hope this year’s nominations will showcase the incredible talent of people who have made outstanding contributions to their charities.  Our charitable sector is an invaluable source of support to our community and that’s why I felt it was important to award this sector during my term as Chairman of Down District Council.”

“The Awards are now open to all registered charities in the Down District Council area.  Awards will be made for: Best New Charity, Charity of the Year, Fundraising Team of the Year, Outstanding Charity Champion and the Chairman’s Special Recognition Award.”

Cllr McCArthy added: “If you know a local charity, fundraising team or individual champion that deserves to win an award please nominate now, to ensure that they receive the recognition they deserve.  Each winning nomination will receive a donation of £1,000 and will be invited to attend a special evening reception at the Downshire Civic Centre, Downpatrick in April.”

Applicants can be self-nominated or nominated by another person.

Closing date for receipt of nominations is 4pm on Monday 3 March 2014.

Nomination forms can be downloaded from the Council’s website  at:

Newry Mourne And Down District Council Gets New Chair