The PSNI responded to 27,190 incidents with a domestic motivation which is one incident every 19 minutes of every day. In this period fice  people were killed as a result of domestic violence. 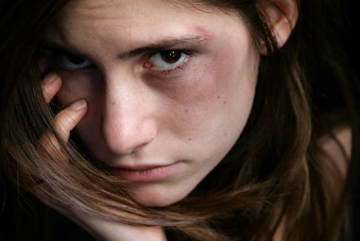 Domestic violence is at an all time high since data has been collected from 2004.[/caption]

A major conference took place to address this epidemic entitled Listening, Sharing, and Learning. It was jointly organised by the the South Eastern Health Trust Domestic Violence Partnerships and Belfast Health Trust, and funded by the DHSSPS and the PSNI highlighted the importance of effective interventions to protect victims and the critical need to support families in the aftermath of a fatal domestic incident.

Key speakers from Northern Ireland and England gave delegates the opportunity to hear about the importance of sharing critical information across sectors and agencies, the importance of listening to victims and responding appropriately, the lessons to be learnt from Domestic Homicide Reviews in England.

Speaking about the conference Frank Mullane Director of AAFDA in England (Advocacy After Fatal Domestic Abuse) and a key speaker at the conference said:  “Findings from domestic homicide reviews tell us that public protection workers need to fully understand not only the forms that domestic abuse takes but the impacts it has. They need to appreciate how the victim perceives the viability and accessibility of services and that the victims are making decisions in compromised circumstances. Do not give up on the victim. You may be their only hope.”

Davina James-Hanman Director of Against Violence and Abuse (AVA) working in England added:  “Findings from Domestic Homicide Reviews are showing that despite much progress in recent years, there are still some gaping holes in the safety net through which too many are still falling. Key issues include victim-blaming, failing to listen to victims, not sharing information safely and appropriately and not understanding risk properly. This is particularly true for victims who are seen as ‘difficult’ which all too often simply means ‘doesn’t do what we tell her’. There needs to be more of willingness for agencies to do what we demand of perpetrators: to build relationships with victims based on mutual respect and shared power”

Assistant Chief Constable Mark Hamilton from the Police Service of Northern Ireland’s, Service Improvement Department highlights that partnership working and a victim-centred approach to cases is vital he said: “Domestic abuse blights the lives of individuals and resonates through families, friends and entire communities and victims are not targeted because of their race, their gender or their sexual orientation.

“There has been a rise in the number of reports of domestic abuse but unlike most statistics we welcome this as it means victims are more confident in coming forward for help. However there are still those victims who remain silent. Domestic Abuse is a policing priority and our aim is to improve the quality of engagement with, and the service we provide to victims of domestic abuse.  At a local level domestic abuse partnerships bring together voluntary and statutory agencies, organisations and individuals who share a common interest and purpose in improving services and support for all victims of domestic violence and abuse.

“The Police Service of Northern Ireland working with partner agencies and victim support groups are committed to the principle that domestic abuse is totally unacceptable behaviour in any shape or form, and that everyone has a right to live free from fear and abuse”