Prepare to be amazed, dazzled and bewildered by ‘Danny Carmo’s Mathematical Mysteries’, coming to the Sean Hollywood Arts Centre, Newry on Saturday 18 June. 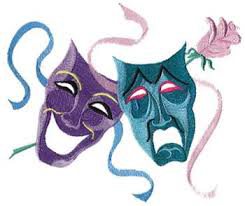 Danny Carmo brings a mind-blowing, spectacular show where Maths, Theatre and Digital Technology collide to create an interactive performance, proving that understanding maths can be fun.

Not so long ago Danny Carmo thought that school and in particular maths was not for him as all he wanted to be was a famous magician, but when he knuckled down to learn all the tricks of the trade he realised that Maths was not only essential, it was the secret to a whole load of magic!

Danny Carmo’s Mathematical Mysteries is a multimedia and educational production featuring the magical world of Danny Carmo. The Sean Hollywood Arts Centre will host two one hour shows at 11am and 2pm. Admission is £5 or a family ticket for four including one adult is priced at £18.

For further information or to book tickets contact the Sean Hollywood Arts Centre box office on 028 3031 3180.

Grants Call For Tourism And Arts Sector From NMD Council

NIHF Boss Speaks Up About The State Of The Hotel Sector

October 20, 2020
We use cookies to ensure that we give you the best experience on our website. If you continue to use this site we will assume that you are happy with it.Ok