<![CDATA[ <p style="text-align: justify;">The lifeblood of many rural communities in County Down is a healthy local community association.

It is not always easy to get the right people involved in a committee, but outgoing chairman Paul Teggart explained that he was delighted at the turnout and interest shown in local people willing to work together towards the  benefit of the Crossgar community. 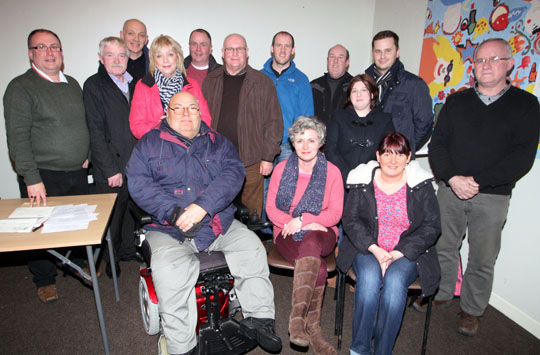 In his address, Mr Teggart said: “As you are all aware, the Association has been in operation since 2012. The main aim of the committee was to work in partnership with Down District Council and to apply for funding for Christmas lights, for floral improvements, support for Crossgar summer festival and the Christmas fair. And importantly too we needed help to pay for the insurance to keep our committee members and volunteers indemnified.

“Working for voluntary community groups can take up a great deal of personal time when you get involved. When you put forward your own ideas and see them translated into reality, this makes it all worth while for our children, and you get great support and feedback from the Crossgar community. 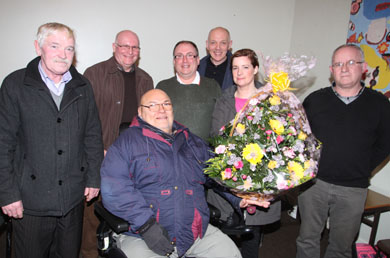 “Many groups such as Crossgar Youth League, Kilmore Rec, East Down Boxing Club and other groups have been doing a fantastic job for many years and I would like to thank them for that. They have succeeded in bringing our community together so we can enjoy each others company.”

Paul Teggart also explained that the committee had reduced in numbers in the past year and it was important that the people of Crossgar backed it up by putting their names forward for election.

Leas Curran, Development Officer with the County Down Rural Community Network, presided over the election of the new committee.

The outgoing committee was elected en bloc and further members were added to significantly boost the strength of the committee to fifteen.

A delighted Paul Teggart explained that before the meeting he was “a bit nervous” about the outcome if not enough people had put their names forward, but he added after the meeting: “I’m really pleased to see such a good turnout and desire by the people of the community to get involved. It is very re-assuring. W will all be working for a common aim.”

Among the successes in the past year was the Association getting £4000 towards its Christmas lights from Down District Council, and it also received £500 towards the village festival.

Secretary Philip Irvine said that work is ongoing to try and secure funding for a new sports’ leisure complex in Crossgar. He explained: “Otium Consulting have helped us prepare our documentation to push this project forward. This cross-community facility will involve a 3G pitch, a badminton hall and other sports’ rooms.

Option One is now locating it at St Colmcille’s High School. We have made a presentation to the Council, and now we will have to present to the new Newry, Mourne and District Council for assistance.

“The plans look brilliant and now we are seeking planning permission.

“We are well organised and now have to proceed along this route until we are successful, whilst we are mindful that other local communities such as Saintfield and Newcastle are also intent on building centres.”

Other pressing issues in Crossgar that the committee will be actively addressing include a crossing point on the Downpatrick road beside the Westlands estate, and improvements to the main roundabout on the Belfast Road, improvements and safety consideration to the hoardings with the murals that blew down.