<![CDATA[ <p style="text-align: justify;">Newry Mourne and Down Councillor Patrick Clarke has resigned from the Alliance Party.

Councillor Clarke, speaking to Down News, said: “I am currently dealing with the matters of leaving the Alliance Party and I will be continuing my work as an independent councillor in the meantime. 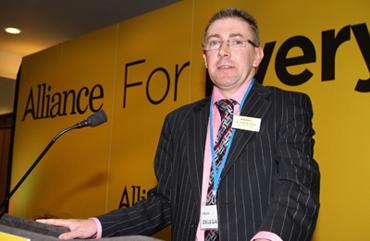 “I have been suffering from significant health problems for some time and I will take stock of all of this over the next couple of weeks.

“I would like to take this opportunity to thank everyone once again who has been supportive in recent months. I will be releasing a statement again in the near future.”

“I respect the decision he has made. Alliance remains fully committed to serving the people of Newry, Mourne and Down and will continue to do so through the dedicated work and vision of  Councillor Patrick Brown.”

It is understood that Mr Clarke was arrested following an incident at a Christmas function in the Slieve Donard Resort and Spa in Newcastle on Tuesday 23 December. The arrest  was on suspicion of an assault in the early hours of the morning.

Councillor Clarke was subsequently released on police bail after the incident. The police are continuing their inquiries.