<![CDATA[SINN Féin Councillor Stephen Burns has said that fly-posting on the old Co-op building at Upper Square in Castlewellan is becoming an eyesore in the town. He said: “The fly posting has become more and more frequent, and posters have been left up for a considerable amount time. “I have contacted the Co-op in relation to this will be raising it further with Down District Council in an attempt to get the posters removed.” [caption id="attachment_37802" align="aligncenter" width="500"]<a href="http://www.downnews.co.uk/wp-content/uploads/2013/04/flyposting_stephen_burns.jpg"> 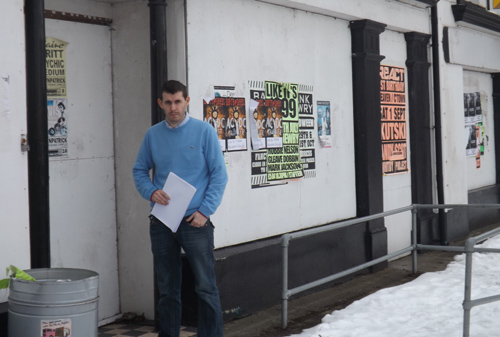 Concerned about flyposting in the area. Councillor Stephen Burns outside the vacant Co-op building in Castlewellan looks over some of the posters on display.[/caption]  ]]>