<![CDATA[ <p style="text-align: justify;">Newry Mourne and Down Councillor Robert Burgess has lodged his nomination papers at the electoral office in Newtownards for the forthcoming Westminster election for the Strangford Constituency.

Speaking just afterwards, Cllr Burgess said: “I am absolutely delighted to be selected by my party to contest the Strangford seat at the forthcoming Westminster Election.

“I am hugely proud of coming from the Strangford area and consider it a privilege to contest this seat in my home constituency where I grew up and live with my wife and family.”

He added: “I know the area well and I am a supporter of all that Strangford has to offer… its unique environment with great potential for tourism, a wealth of skilled people who have much to offer inward investment, our fishing and agricultural industries and much more.

“It would be an honour to be able to use the knowledge and experience I have gained as a Councillor to be an advocate for Strangford at national level.

“Over the coming weeks I look forward to engaging people on their doorsteps on the issues that concern them.

“I ask that on Thursday  7 May you will come out and vote for me and allow me to be your MP at Westminster.” 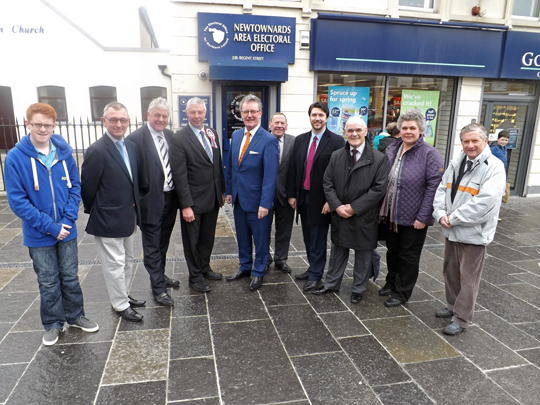