<![CDATA[ <p style="text-align: justify;">After over a year without an Army Cadet Detachment, Ballynahinch is about to have a brand new unit set up home in the town. 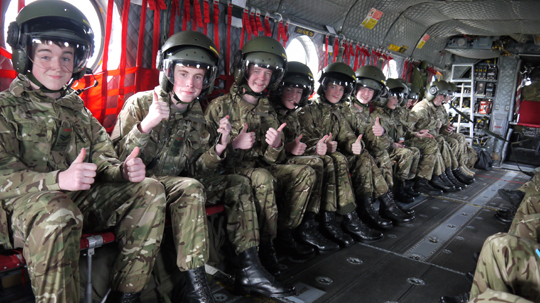 Cadets in a Chinook helicopter.[/caption]

A new detachment is forming for the first time on Thursday 3 September and will meet each week in the Ballynahinch Centre, 55 Windmill Street between 7-9.30pm. 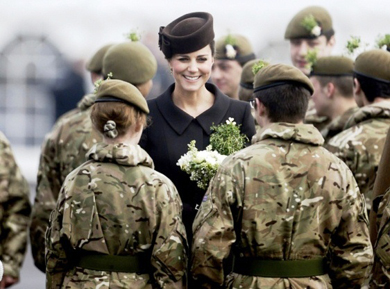 Cadets get a chance to meet distinguished guests and people such as HRH Kate Middleton.[/caption]

To mark the launch of what is hoped will become a thriving new flagship detachment, the Army Cadets will be holding an open day on Saturday 22n August in Market House Square, Ballynahinch, between 10.00-4.30pm. On show will be a variety of displays to show any potential new cadets or instructors just what the Army Cadets has to offer including a climbing tower and a virtual shooting range which visitors can experience for themselves.

Current cadets and Instructors from the successful neighbouring Ballygowan Detachment will be on hand to answer any questions and provide information on the many skills and qualifications open to both new cadets and instructors on joining. While the Army Cadets is first and foremost about fun there is a host of recognised qualifications that can be gained by being a member of it.

For cadets there is the opportunity to gain many new skills and qualifications such as first aid courses, the Duke of Edinburgh Award and even a BTEC National Diploma – the equivalent of four GCSE’s grade A-C and again all for little or no cost! For potential new instructors there are a number of recognised qualifications on offer throughout the various stages of your training all of which are fully recognised and can lead to gaining an ILM Level 4 Award in Leadership and Management.

Potential recruits will see first-hand some of the many new skills they could learn as part of the Army Cadets. They will hear first-hand how they could be attending up to eight weekend training camps a year as well as Annual Camp in July where they will travel to various camps across the UK and take part in a wide variety of training ranging from field exercises to adventure training such as abseiling, rock climbing, mountain biking or even kayaking. 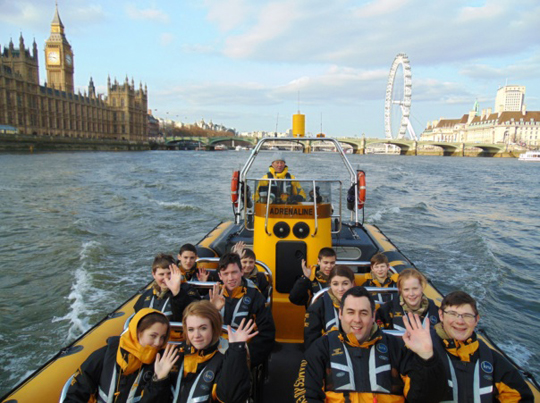 Cadets enjoy a RIB cruise up the River Thames past the House of Commons.[/caption]

For those with a passion for sports they could find themselves in one of the cadets many sports teams who represent Northern Ireland at many national sporting competitions throughout the year – from hockey, swimming and cross country to football, rugby and even tug of war the Army Cadets have teams for them all.

Anyone with an interest in music will be made more than welcome in the Battalions Pipes and Drums where they can take up the challenge of learning a musical instrument and taking part in regular trips to Scotland for training and performances.

So if you’re aged 12 – 18 and want a new challenge why not go along to Market House Square Ballynahinch on Saturday 22 August or drop in to the Ballynahinch Centre any Thursday evening from September to see just what the Army Cadets has to offer.

Aged over 18 and still want to challenge yourself? Why not come along and see what being an Army Cadet Adult Volunteer could offer you and help lead the next generation of Cadets.