<![CDATA[ <p style="text-align: justify;">ARDS Borough Council has agreed to extend the stay of execution of a decision to close Exploris for one more month to allow the Northern Ireland Executive time to consider a business case and plan commissioned by the Council. 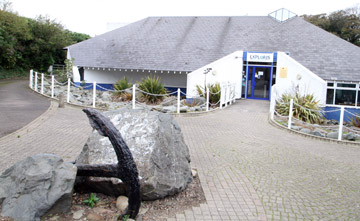 The implementation of a new operating model will depend on what, if any, offers are forthcoming from the Northern Ireland Executive within that timeframe.

Commenting on the decision, Councillor Eddie Thompson, the Council’s DUP group leader, said: “It is essential that reasonable offers of assistance are forthcoming for what has been recognised as a regional facility. The annual £500,000 subvention from the Ards ratepayer is unsustainable and it was important that the Council took steps to address this.

“The DUP group believes that these steps were entirely justified given the progress that has been made since. We have now given the Northern Ireland Executive the opportunity to consider the Council’s business case and plan. We hope that this will be successful.

“However, we cannot be entirely certain of this. We have already seen the SDLP Environment Minister stepping back from his proposed initial capital grant offer of up to £1 million. That seems to have dwindled down to only £45 000 and this is before he has even considered the business case and plan.

“As a group, we do have reservations about certain aspects of the business case and we have sought assurances from Council officers on these. Based on those assurances, we have proposed that it is sent to the Executive for consideration by Ministers.  We await their decision,”  added Councillor Thompson.