<![CDATA[ <p style="text-align: justify;">The iconic Bathing House located at the harbour in Ardglass close to Quay Street is soon to get a makeover.

This structure has graced the shores of the fishing port for over a hundred years and was build by 19th century antiquarian William Biggar who owned Jordan’s Castle. 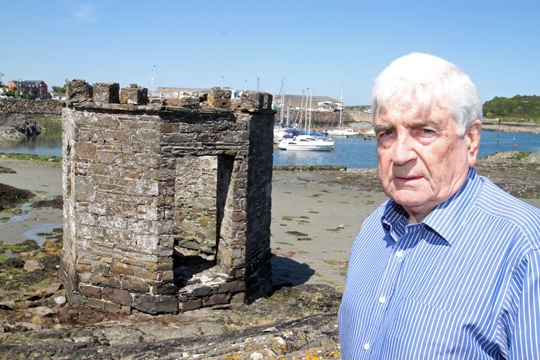 Cllr Dermot Curran has welcomed £27,000 funding from the Folly Trust for immediate repairs to the Ardglass Bathing House which was in danger of collapse.[/caption]

And now with essential repairs ongoing by a team of specialist masons, the old sandstone building will be in a much stronger position to withstand the ravages of strong spring tides and buffeting waves. Last winter there were exceptional high tides and the building survived despite some of the blockwork looking frail and the pointing having become very worn.

Councillor Dermot Curran explained that he was delighted that work had finally started on the Bathing House. He said: “We must look after our built heritage. This building was used by the ladies over a hundred years ago from KIng’s Castle observing proper decorum to change in while they went swimming in the harbour area.

“It is important to preserve these structures for future generations and I welcome the £27,000 from the Folly Trust which has got behind this important urgent restoration work. I do not believe that this building would have survived the bad weather of another winter. And I am surprised it survived this past year.

“The building was certainly in danger of collapse. Now it will be tidied up, pointed up with quick drying lime mortar, and made sound with some essential repairs. There will be a new concrete floor added also which will make the building safer for visitors.

“I spoke initially to Finbar McCormick, an archaeologist who lives in Killough, and he referred the matter to the Folly Trust. The Bathing House is under the auspices of the Northern Ireland Environment Agency who are responsible for its listing.”

Cllr Curran added that it would have been a serious loss to Ardglass if the Bathing House had been destroyed in a big tide. He said: “The sea has enormous power, and it was just a matter of time before the day came when this building collapsed into the sea. Now it will be there for many years to come for everyone to enjoy, local people and visitors to Ardglass alike.” 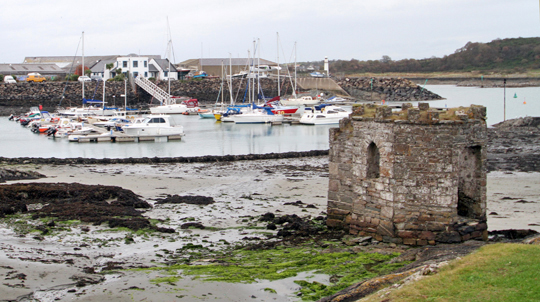