<![CDATA[ <p style="text-align: justify;">Saintfield man Martyn Todd will contest next year’s Westminster election for the Alliance Party, after he was selected to represent South Down at a special meeting on Monday night.

Martyn’s selection follows a successful election season to date for Alliance in the South Down area, which saw both Patrick Clarke and Patrick Brown elected to the new shadow council for Newry, Mourne and Down, and signals the Party’s continued dedication to offer voters an end to the tribal politics of the past.

Well-known in the area, Martyn has a long history of good community relations and promoting tourism and sustainable environmental policies for South Down, both in his role as Recreation and Community Services Director in Down District Council and as a Board member for both the Northern Ireland Tourist Board and the Northern Ireland Environment Agency. 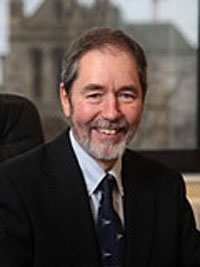 Martyn Todd said: “I’m stepping forward for Alliance to offer everyone in South Down the opportunity to leave the sectarian politics of the past, instead opting for a shared and integrated future.  Only a vote for Alliance can secure this, with a vote for the other four main parties signaling continued division, resulting in on-going damage to the economy and social well-being.

“The past thirty years in Northern Ireland have been traumatic, but as we move forward it is clear the only way to secure a shared Northern Ireland for the next generation is to end the conflict and mend divisions.  Voting to do “them” down doesn’t actually help “us” up. The only right answer is to vote for the party that makes decisions that bring about the greatest well-being for the greatest number of people, whatever their back-ground.

“I’m honoured to have the full support of my Party colleagues to fight for everyone in South Down in the general election.  Over the coming months I’m looking forward to not only spreading the Alliance Party’s message of a future free from intimidation and fear, but debating the important issue for South Down and Northern Ireland with the other candidates in the field – including integrated education, shared housing and flags in public places.”

*  Martyn Todd is a member of the Alliance Party Council, Executive and Political Organisation Committee. He has been active in campaigning for the Alliance Party in the recent elections in the Rowallane Area and Lagan Valley and is delighted that, between them, five Alliance councillors were elected to the new councils. *  He is a qualified engineer, studying at Cambridge University, sponsored by Rolls Royce Motors and then at the General Motors Institute in Michigan USA. *  He was the co-ordinator of the Strangford Stone Millennium Project which brought 1000 young people together to pull up a 1000cm high megalith in Delamont Country Park to celebrate the Millennium. He was awarded an MBE for this five-year voluntary project *  He is married to Jane for 42 years and has two grown up children and two grandchildren.