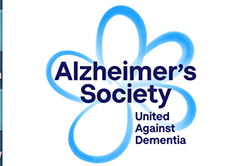 Rowallane Councillor Patrick Brown has proposed a motion to be discussed at March’s Council meeting which aims to make Newry Mourne and Down a Dementia-friendly District.

Cllr Brown said: “The motion reads: ‘This Council supports making Newry, Mourne and Down a Dementia Friendly District and will develop an action plan for implementation of this policy. This may include encouraging business and transport providers to sign up to having a Dementia Champion and to take part in Dementia awareness training, and working to designate specific towns as ‘dementia friendly’.

Speaking about his reasons for bringing the motion Cllr Brown said: “The Council already has an age-friendly officer and a number of initiatives underway to help older citizens feel safer and more secure across the District, however my motion would take the Council further in formally committing it to becoming a Dementia friendly district.

“This would mean, primarily, working with businesses and community groups in the area to ensure they have the knowledge and training necessary to support individuals with dementia if and when they use their services.

“Dementia is a growing problem in the UK. Alzheimer’s Society believe it will affect more than 1 million people by 2025 and one in three people have a family member or a friend with dementia. There are more than 20,000 people currently living with dementia in Northern Ireland and this figure is expected to rise to 25,000 by 2021.

“York, Bradford, Southampton, and some London Boroughs are amongst those leading the field with this in the UK. Closer to home, Larne Town has become a Dementia Friendly town, and Belfast City council has recently passed a motion similar to mine.

“It would be fantastic if we could build on the success of Newcastle as NI’s first autism friendly town and designate it as dementia friendly also, as well as places like Newry and Downpatrick.

“I hope Councillors from all parties will get behind this motion to demonstrate their commitment to supporting those living with dementia.”

Pamela Frazer of the Ballynahinch branch of the Alzeihmer’s Society welcomed the motion being put forward to Council and said:”Across Northern Ireland the Dementia Friendly Communities programme has been working in the South Eastern Trust area since 2013.

“There are estimated to be over 20,430 people with dementia in Northern Ireland based on the Alzheimer’s Society 2016 statistics.

“The total cost of dementia to society in Northern Ireland is around £650 Million. £300million of this is calculated at the contribution by unpaid carers.”