As the UK hurtles towards the European Union referendum on 23rd June, DEFRA (the Department of the Environment, Food and Rural Affairs) has warned that £850 Million of cross border farming exports may be in  jeopardy if the UK leaves the EU.

Food and drink exports from Northern Ireland to the Republic of Ireland worth £850million would face an uncertain future if the UK voted to leave the European Union, Environment Secretary Elizabeth Truss warned today. 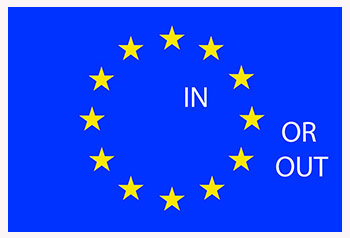 Ahead of Lisburn’s 148th Balmoral Show, Elizabeth Truss highlighted the vital trade relationship Northern Ireland’s farmers have with the European Union—in particular cross-border trade with the Republic of Ireland, which alone accounts for 65% of all the food and drink exports from Northern Ireland.

As part of the EU single market, Northern Ireland’s farmers and food producers can easily sell their goods to consumers across the border, benefitting from tariff-free access and common standards on labelling, safety and welfare. It is far from certain what trading relationship the UK would have with the EU, including the Republic of Ireland, should the UK leave. Farmers could face crippling tariffs to sell their goods to Europe and a red tape ‘double whammy’ of different rules around inspections and labelling to sell abroad and at home – two sets of regulations, rather than one.

Environment Secretary Elizabeth Truss said: “Family-run farms and innovative food and drink producers across Northern Ireland enjoy huge success in the EU, with over £1bn of produce exported there in 2015.

“Northern Ireland particularly benefits from easy, hassle-free trade with the Republic of Ireland—a vital source of income for farmers and food producers.

“If we were to leave the EU, Northern Ireland and the rest of the UK would not be able to negotiate a bilateral trade deal with the Republic of Ireland. Northern Ireland’s farmers would have no certainty on cross trade arrangements.

“Leaving the EU is a leap in the dark and a risk not worth taking, with no guarantees that such a good deal could be struck outside the EU. Northern Ireland’s world-class farmers and food producers are stronger, safer and better off in a reformed European Union.”

During her visit to Northern Ireland the Environment Secretary met with Moy Park, the UK’s biggest poultry producer, based in Craigavon, to talk about the benefits of tariff-free access and common standards for food and farming businesses.
2016 is Northern Ireland’s Year of Food and Drink, and its rich food and drink scene boasts three foods with protected EU status—Loch Neagh Eels, Armagh Bramley Apples and New Season Comber Potatoes.

50,000 jobs in NI could be linked to trade with the rest of the European Union. In 2014, almost £4bn of goods were traded across the border between Northern Ireland and the Republic of Ireland, benefitting from tariff-free access. From 1998 to 2014, exports from Northern Ireland to the Republic of Ireland grew by 86% in real terms.
Outside the EU, Treasury analysis shows the UK will be worse off by £4,300 a year per household if Britain votes to leave. It is not clear whether the Common Travel Area would be able to continue to operate between the UK and the Republic of Ireland and sustain the important free trade of goods for producers and traders.