<![CDATA[ <p style="text-align: justify;">IN just two days almost 2,500 people (and growing by the minute) have rallied to support the “Save Exploris” Facebook campaign launched by newly formed ‘Friends of Exploris’ following news that Ards Borough Council may this week close one of Northern Ireland’s most important tourism and wildlife assets with the potential loss of 42 jobs. 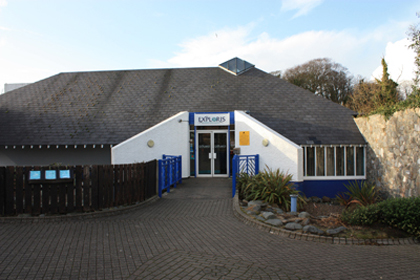 Ards Borough Council will decide on the future of the Portaferry Exploris aquarium centre on Wednesday 25 September. Strong opposition is mounting against a closure.[/caption]

The Chairman of Portaferry Regeneration and Friends of Exploris spokesperson, Doug Edmondson, said today (September 23): “Local people are shocked and bewildered at the proposed closure of Exploris by Ards Borough Council, and are also fearful about both the long and short-term consequences of such a decision.

“As recently as 2011/12, the Council commissioned a report that showed the unique facility contributed £3 million annually to the local economy, which is a five-fold return on the annual investment. We need to establish what the business case is for the proposed decision”.

Exploris attracts 100,000 visitors per annum to Portaferry and the surrounding area. Caroline McErlean owner of the Cuan Hotel in Strangford added: “Local businesses depend on Exploris. Even a temporary closure would have a huge impact on all of us operating in the area”.

The Exploris Aquarium is also an important national asset and flagship tourism attraction and one of the finest public aquaria in Europe.  Friends of Exploris believe it needs to be recognised and supported by government, with added community involvement, and private sector investment and expertise.

Friends of Exploris is formulating new proposals but needs time to develop them and is asking that Ards Borough Council to defer its decision to close Exploris for six months.

Sinn Féin Call for Minister to Intervene in Exploris Debacle 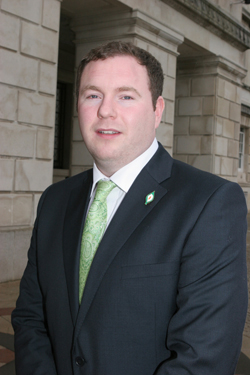 South Down MLA Chris Hazzard has called on Ards Councillors not to close Exploris.[/caption] South Down Sinn Féin MLA Chris Hazzard has called for the Minister of Enterprise, Trade and Investment Arlene Foster to intervene in the on-going Exploris debacle. Mr Hazzard said that the proposal by Ards Borough Council to consider closure of the aquarium would prove nothing short of a “disaster if voted through at next weeks full council meeting”. “The Exploris Aquarium is a treasure in our tourism portfolio and a key visitor driver locally. Although situated in Ards Borough the centre attracts many thousands of visitors into the Down District year on year, with people travelling from all over Ireland to visit the Portaferry based facility. “The immediate effects of closure would see 18 staff face redundancy; but the wider impact on our local economy and our tourism product both here in Down District and across the north, cannot be underestimated. I have called this week for the Minister to intervene and provide an offer of assistance to Ards Borough Council that would see the NI Tourism Board contribute towards a sustainable future for the centre. “All too often areas are faced with the threatened closure of private owned companies and the associated job loses that come with closure. In this instance government have a key role to play in ensuring the jobs at Exploris are protected and the overall tourism potential of the site is invested in and developed into the potentially world-class site that it could become.”

These sentiments are shared by management at the Portaferry Hotel and Beannchor’s Finance Director James Sinton said: “We want to assist in finding a solution and believe that the private sector has much to offer Exploris even if the building remains in the public domain.”

Exploris is an important part of the NITB’s Strangford Lough Tourism Destination and Portaferry is on both the St Patrick’s Trail and the Mourne Coastal Route. An essential part of the strategy for these routes is to have places for people to stop and spend, so closing a major facility en route is contrary to the strategic plan.  Sharing its sea water system with Queen’s Marine Research Laboratories  and located in a town steeped in maritime heritage,  the aquarium is exactly the right facility in the right location.

Exploris is also a national education centre and plays an important role in communicating our marine life  and the value of our marine resources to the general public. This has never been more important as Strangford Lough is set to become Northern Ireland’s first Marine Conservation Zone under the Marine Bill and as the world’s attention is focussed on marine renewable energy technology development in the Strangford Narrows.

Dr Julia Sigwart, Director of Queen’s University Marine Laboratory commented,  “Having Exploris as our neighbour is fundamental to the working of the Queen’s University Marine Laboratory. We work together on scientific projects and Exploris staff regularly advise our scientists and students on the tricky business of keeping marine animals. We use the facility for teaching and our colleagues and visiting scientists from around the world marvel at what a treasure it is”.

The aquarium’s seal rehabilitation work is not only  a matter of animal welfare it is increasingly perceived to be of conservation value as common seals are one of the species for which authorities have specific statutory obligations.  Over 300 seals have been cared for by Exploris and its 80%rehabilitation success rate should be a matter of national pride. It has also played a role in rescuing turtles.  Many of our marine biologists and scientists speak of how they have been inspired by the aquarium and seeing the wonders of the marine world up close.

Show that you care:

*   Write to your elected representatives both in Ards Borough Council and at Stormont.

Friends of Exploris is a network of people working closely with Portaferry Regeneration, Portaferry Community Collective, Queens University Belfast and the private sector to provide a collective public voice for Exploris.

42 jobs are likely to go as a result of the closure of Exploris (18 of them at Exploris and the others ancillary) according to an Ards Borough Council Report.

Even with a £600k deficit campaigners argue, (which could be substantially reduced under a different management regime), the facility generates £3m – which represents a five fold return.If closed now, Exploris will still cost the council £2.9m over the next 5 years as calculated by the Council’s management.