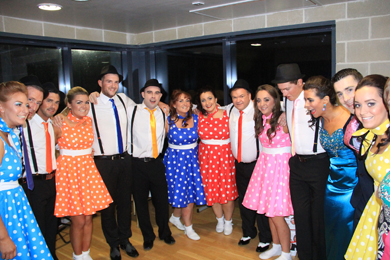 Tickets for the 2014 Down GAA Clubs Draw are now available from Sean Quinn or any other club committee member. The draw has a total prize fund of £110,000. Tickets cost £120 and can be paid for in monthly installments. After the club has sold their first 20 tickets, they will receive £96 for every additional ticket sold so this is a valuable fundraising opportunity for the club. 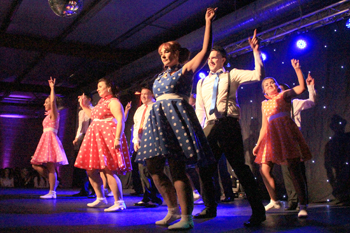 Semi-finalists in the Strictly Come Dancing in action.[/caption]

A-maz-ing! After the success of last week’s strictly who thought it could get better. But it did! The atmosphere was brilliant on Saturday night and the dancing was incredible. 6 couples took to the stage and all 6 deserved to get through to the final. Unfortunately we could only take three through. The three  couples who will be joining last week’s dancers are Team Morgan – Darren Morgan and Aisleen Morgan, Team SyCo – Simon Walsh and Colleen Murphy and Team Twinkle Toes – Brian Fitzpatrick & Aisling McMullan.

Well done to the other three couples though. Micéal Haughian and Natasha Cairns, Grainne McCann and Gearoid Conhuir MacCaerbhaille and Paddy McCann and Roisin McGreevy. It was 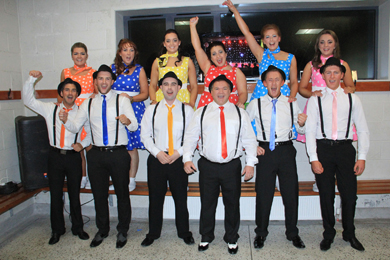 a very tight competition. The tickets for the final will go on sale this Thursday at the club from 7.30pm to 8.30pm.

Any Under-14’s who have any of the playing jerseys from last season are asked to return them to Gerard Magorrian as soon as possible.

Rehearsals are well under way for the next play at St John’s which will be “Separate Beds” by Sam Cree. Keep the 28 and 29 March 2014 in your diary as it promises to be a show not to be missed!

The next poker night will be held in the clubrooms on Friday 14 February at 9.00pm.

Keep up to date with everything relating to St John’s via the club website at: