<![CDATA[ <p dir="ltr" style="text-align: justify;">SOUTH Down MP and Westminster spokesperson on Environment, North and Agriculture and Rural Affairs, Margaret Ritchie (SDLP) has spoken of the plight facing the North’s hard pressed fishing industry and the need for a sustainable fishing plan for the main Northern Ireland fishing ports.

The South Down MP was speaking at the SDLP annual party conference in Armagh at the weekend where she said policy and regulations from Brussels must be responsive to the needs of the local fishing industry. 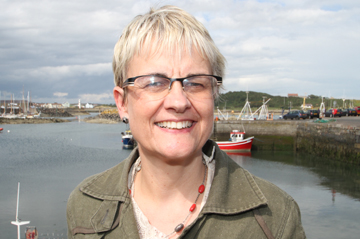 Margaret Ritchie MP has spoken out in support of the NI fishing industry at the SDLP Party conference.[/caption]

Speaking about the difficulties facing the fishing industry, including those in her own constituency of Ardglass and Kilkeel, Ms Ritchie hit out at the previous Common Fisheries Policy which she criticised for being out of touch. She said other challenges faced by the industry include rising fuel costs and inclement weather.

Ms Ritchie said: “One issue I have pushed for is a greater degree of regionalisation within the reformed Common Fisheries Policy. There is a need to move decision making closer to the local area and away from an arm’s length decision making process in Brussels.

“And while it is not perfect it seems that the reformed CFP will give local bodies more say over regulation outside of the broader decisions that will remain in Brussels. This is in principle and practice an important step and to be welcomed.

“Another major issue under discussion in the reform agenda that will impact on all fishermen is discards. The industry is determined to work with rather than against regulators as no fisherman wants to toss perfectly good fish over the side but there needs to be a balance struck that does penalise unfairly those fishermen who are trying to reduce discards.

“At this time of year we are approaching the annual EU Fisheries Council meetings in Brussels on quota limits and at Westminster I have just secured an important debate ahead of the negotiations.

“As always it is critical that TAC quotas reflect the scientific data and that a reasonable and viable limit is set for vital stock such as nephrops and cod. I will be leading the Westminster debate and calling on the UK minister to negotiate quota limits that are sensitive to the need of our local industry and again reinforcing the case that this needs to happen under the umbrella of a wider regionalisation programme.

“I will continue to fight at Westminster to ensure that they are competing in a fair market and to deliver a Common Fisheries Policy that provides a sustainable and economically viable industry for all those who make making a living from the sea.”