<![CDATA[MARCH  brings a great selection of live performances to Downpatrick, starting with <b>Give My Head Peace at The Great Hall, Downshire Estate at 8pm on Friday 1 March, followed by Oscar Wilde’s The Importance of Being Earnest at Down Arts Centre at 8pm on Saturday 2 March. [caption id="attachment_36384" align="alignleft" width="390"] 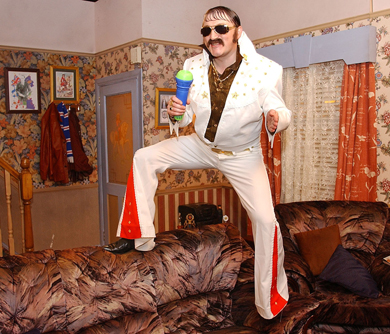 Uncle Andy will be performing in Give My Head Peace in Downpatrick.[/caption] Local politicians beware! Uncle Andy and the Gang return to The Great Hall on Friday 1 March for the annual Give My Head Peace laughter fest. Ma, Da Cal and all the gang will be there along with Ulster’s most menacing clergyman, Pastor Begbie – played by the fabulous Paddy Jenkins. This brand new show features up to the minute satire, your favourite characters and superb stand-up from Tim McGarry.  A night of laugh-out-loud comedy is guaranteed. On Saturday 2 March Down Arts Centre is delighted to welcome back London Classic Theatre with their beautiful new production of Oscar Wilde’s theatrical masterpiece, The Importance of Being Earnest. Full of wonderful characters, sparkling dialogue, gloriously improbable plot twists and a sprinkling of romance, The Importance of Being Earnest is widely acknowledged as one of the greatest comedies in the English Language. Jack is in love with Gwendolen.  Algernon is in love with Cecily.  But when an identity crisis spirals out of control, the previously separate worlds of town and country collide and delicious mayhem ensues.  Thoughts of marriage and a happy ending must be put on hold until the inimitable Lady Bracknell can be convinced that the young men are worthy suitors. [caption id="attachment_36385" align="alignright" width="390"] 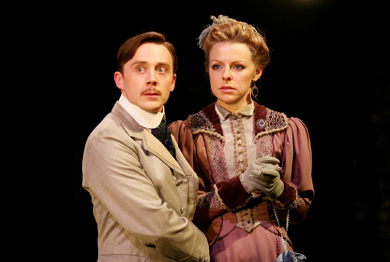 Come and enjoy Oacar Wilde’s comedy ‘The Importance of Being Earnest’ in Downpatrick.[/caption] The cast includes Laoisha O’Callaghan, who plays the role of Gwendolen’s Governess, Miss Prism.  Laoisha is well known to Irish television audiences for her portrayal of series regular Aoife in RTE’s Fair City.  The Importance of Being Earnest has delighted millions since its first London performance in 1895.  A scintillating comedy of manners, Oscar Wilde’s best-loved work overflows with dazzling wordplay and comic invention. To purchase tickets (Give My Head Peace £22 / £20; Importance of Being Earnest £12 / £10) and for further information on any Down Arts Centre events, please contact the box office on 028 4461 0747. The complete Down Arts Centre Season Programme is available to download at  www.downartscentre.com ]]>