“We won’t accept any further reduction in service provision at our local hospital !” he said. 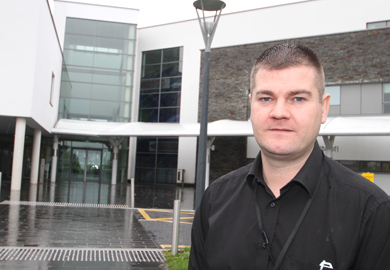 Commenting on the quickly unfolding crisis threat to local A&E cover at the Downe Hospital,  Cllr McGrath continued: ‘The worrying aspect of this situation is that it is so predictable. The week before Christmas and the Trust run to the Minister and ask for permission to reduce service provision at the Downe.

“This time we are told the problem is with doctors and maintaining a team of appropriately skilled and senior ranking medics to provide the cover needed.

“Maybe the time has come for the Trust to have the courage that every other employer must muster and tell their employees what they will do and when they will do it?

“The staff are certainly well enough paid for the work they do. It would appear for too long the tail has been wagging the dog and the medical fraternity needs to know that the tax-payer who fund their posts won’t accept this situation any longer.

“I hope the Minister will act with swiftness and determination to reject the advances of the Trust – not least because the impact will be felt at his own back door in Lagan Valley. However, in Lisburn they are only eight miles from the next hospital – in Downpatrick we are 25 miles from then next hospital, and are well aware of the pressures the ambulance service is under at present as they too have been subjected to spending cuts from the department.

“I urge the community of Down to rally together in a non-partisan and forthright manner – so the powers that be can see our determination to have our share of health provision maintained.

Cllr McGrath added: “The lives of the people of Down are as important as in other areas and need protected, served and, where necessary, saved like those who reside in urban centres… centres that are so well provided for.”